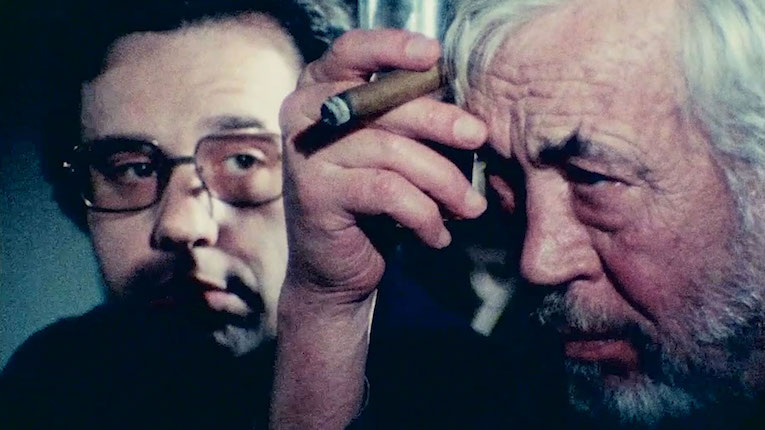 Why wait for all of the films on year-end best-of lists and award nomination slates to find their way to streaming services? Here are the ten best-reviewed films of the year that are available right now to watch on Netflix Canada.

10. The Other Side of the Wind

Directed by: Orson Welles (Citizen Kane, Touch of Evil, The Magnificent Ambersons)
Notable performances: John Huston, Peter Bogdanovich, Oja Kodar
Honours & Awards: Inaugural Campari Passion for Film Award (Bob Murawski), William K. Everson Award for Film History
Watch because: Effectively lost for decades, the final film project of Orson Welles, which he filmed from 1970 to 1976, has been rescued from oblivion.
Also watch: They’ll Love Me When I’m Dead is the excellent companion documentary by Morgan Neville (Won’t You Be My Neighbor?, Best of Enemies) that was simultaneously released on Netflix; Welles’ own The Stranger and Touch of Evil are also on the service.
Trailer and reviews for The Other Side of the Wind

9. The Ballad of Buster Scruggs

8. Let the Sunshine In

Directed by: Claire Denis (Beau Travail; White Material; Trouble Every Day)
Notable performances: Juliette Binoche, and someone else that I don’t want to mention because it kinda spoils the ending
Honours & Awards: SACD (best screenplay) award at Cannes Directors’ Fortnight 2017
Watch because: It’s fun watching Denis bend the rom-com genre almost unrecognizably out of shape, and, yeah, the stunt-casting.
Trailer and reviews for Let the Sunshine In

Directed by: Alex Garland (Ex Machina)
Notable performances: Natalie Portman, Jennifer Jason Leigh, Tessa Thompson, Oscar Isaac
Honours & Awards: Best visual effects and best musical score from a number (won, and nominated) from a number of film critic associations
Watch because: For the cast, surely, but also for the “jump-scares that are more than just scares.”
Trailer and reviews for Annihilation

Directed by: Sebastián Lelio (Disobedience; Gloria; Gloria Bell)
Notable performances: Daniela Vega
Honours & Awards: so many but most notably Best Foreign Language Film—2018 Oscars
Watch because: Daniela Vega: “As an actress, I don’t mind if a cisgender actor plays trans. But as a trans woman, I feel that many times we weren’t allowed to show what we can do and we can do many things.”
Also watch: Lelio’s more recent release Disobedience is also streaming
Trailer and reviews for A Fantastic Woman

Directed by: Ryan Coogler (Creed, Fruitvale Station)
Notable performances: Michael B. Jordan, Chadwick Boseman, Lupita Nyong’o
Honours & Awards: African-American Film Critics Association (AAFCA): Best Picture, Best Director, Best Song
Watch because: Every one of the three collaborations between director Coogler and actor Jordan is something special. As a bonus, this film has serious game when it comes to Easter-egg planting.
Trailer and reviews for Black Panther