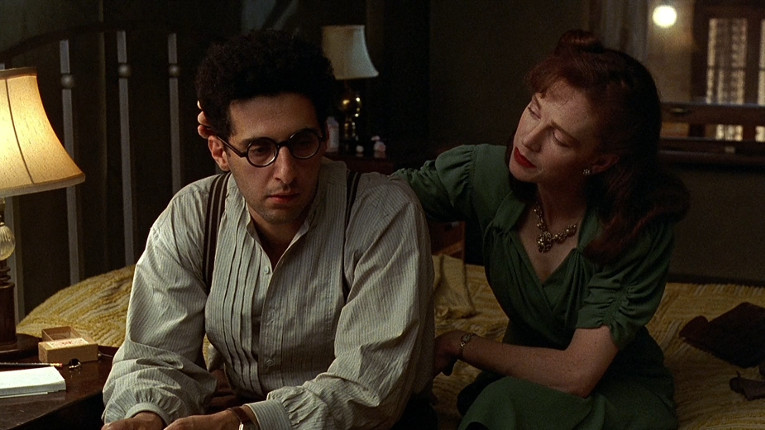 Films come and go on Netflix (ok, lately, there’s less come and more go), but you can usually find a sampling of the Coen brothers oeuvre, and right now, perhaps to help hype this weekend’s release of Hail, Caesar!, the sampling is pretty strong: The Big Lebowski, Miller’s Crossing, Raising Arizona, Inside Llewyn Davis. But the long-underappreciated Barton Fink continues to be a favourite of mine. A completely unblocked film about writer’s block (sharing that honour, and Judy Davis, with Naked Lunch), and a thoroughly uncompromised film about artistic compromise, it remains one of their least financially successful films, and a Rosetta Stone that unlocks much of the rest of their work. If you haven’t seen these performances by John Goodman and John Turturro, you haven’t seen everything they can do.

O Brother, Where Art Thou? is an equally intellectually devious concoction, but one that audiences found much more easily consumable, partly due to some memorable comic moments, but in large measure due to its fantastic soundtrack—a record that rebooted a whole genre of folk, perhaps at the expense of being massively overplayed. But watching the film’s series of set pieces flow along over these songs remains a treat, as are its callbacks to The Odyssey and Preston Sturges’ Sullivan Travels—from which it borrowed its title, its period setting, and a scene setup or two. It is quite simply a masterclass in how to build on layers of reference without making that the whole point of the exercise.

A note about transfers—O, Brother, with a lifetime box-office 9 or 10 times that of Barton Fink, has fared well in home video, and the version on Netflix seems to be taken from the same master as the 2011 Blu-ray. Fink, however, has still not received a proper clean-up or domestic Blu-ray release, though the comparatively shoddy disc that was released in Europe in 2012 is region-free and thus watchable here. The Netflix version appears to have been pulled from the 2003 DVD master, which, though lacking the contrast and detail of the Blu-ray, is pillar-boxed and thus retains the full, uncropped image that viewers saw in theatrical release.