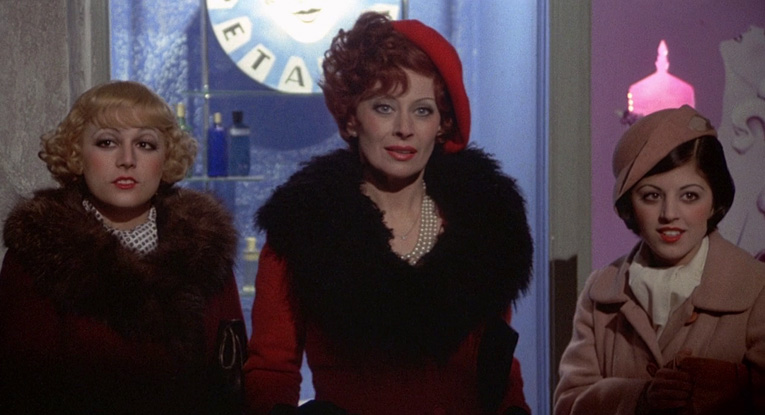 I’m not really sure why it took me so long to get around to Fellini’s 1973 classic—his 4th and final winner of the best foreign language film Oscar—but I’m glad I finally did. Amarcord feels like a film that everyone ought to be able to agree on… film snob and casual moviegoer alike. It moves with a kind of effortless joyous bouyancy, anchored by a melancholy for the irretrievable past, which is only magnified when one considers its status as both the fulsome culmination and the doom-harbinger of the arthouse cinema tradition.

It features an outstanding script from Tonino Guerra (L’Avventura, La notte, L’eclisse, Nostalghia, Night of the Shooting Stars, Eternity and a Day) and one of the best scores by Nino Rota (yes, I think it’s even better than the Godfather soundtrack).

Amarcord is convincingly personal even though it is only glancingly and intermittently autobiographical. The hyperreal world of 1930s small-town Italy that it re/creates is absurdly fantastical and convincingly real by turns, yet it unfolds seamlessly.

I’m increasingly convinced that I never gave Fellini his proper due, even though I’ve always been moved and impressed by the films of his that I’ve seen (Nights of Cabiria, La Dolce Vita, 8-1/2, Juliet of the Spirits). Ever since my visit last year to Teatro 5 at Cinecittà Studios in Rome, where he made many of his films (including Amarcord), I’ve been infected with curiosity about his life and work. On my viewing agenda for this year, then: recent Blu-ray releases of Il Bidone and City of Women, and the forthcoming release of Roma.