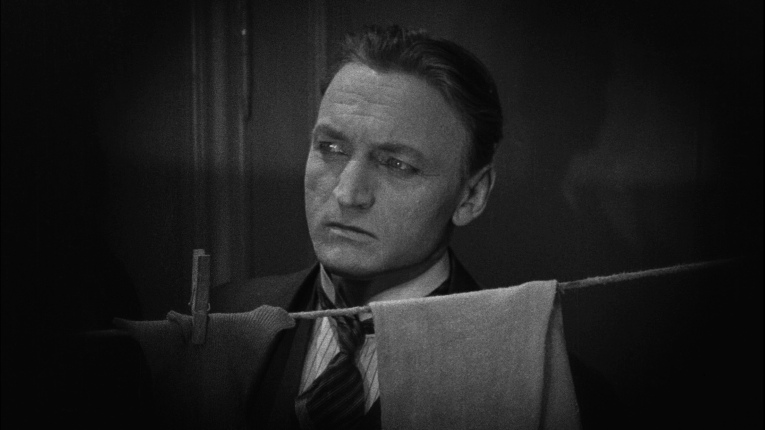 The BFI’s new box set, released April 20 of this year, was a blind buy for me—I hadn’t seen any of the four Dreyer masterworks featured. I came to these films via the same route that I suppose most do: blown away by The Passion of Joan of Arc every time I see it, and wanting to see more of the Danish director’s unique vision.

Master of the House was released on Blu-ray by Criterion in March, but this set is the only high-def video presentation of the other three—Day of Wrath, Ordet, and Gertrud—so if you live in North America, here is one more great reason to invest in a multi-region player, if you haven’t already.

The latter three are 2008 restorations, and Master of the House was restored in 2010. It’s taken a while for these film to see an HD release but I’m happy that it has finally happened.

I’m now convinced that Dreyer is one of the greatest yet least showy directors of psychological cinema. He’s Buñuel without the surrealism, Bergman without the archness, Bresson without the obliqueness, Von Trier without the excess of sadism, and he’s cast a long shadow of influence for which he perhaps still doesn’t get proper credit.

If there was one specific expectation I brought to my first look, it was that Ordet might at last give me some kind of context or explanation for the WTF ending of Carlos Reygadas’ Silent Light, which it famously inspired. I can now report that Ordet‘s ending is equally WTF-inducing, so I’m not sure that I’m any further ahead there (I learned from the booklet notes, though, that Dreyer saw his ending as explicable by non-miraculous means).

For me the most revelatory of the four films was his final opus, Gertrud, which has long been a divider not than a uniter of viewer opinions. With its long takes (the longest of any of Dreyer’s films), it has been criticized as “stagey,” which I guess is the sort of thing that people say about films that remind them of being bored at the theatre—when they don’t understand the differences between the way that stage drama scenes and film scenes are blocked out and shot. For me it’s about as perfectly directed as a film can be, and still carries incredible emotional power in its methodical way. It doesn’t surprise me to learn that Godard considered it one of the two best films of 1964.

In addition to the three BDs, there is a DVD that contains My Métier, a 1995 doc about Dreyer’s life and career, along with 80 minutes of outtakes and even a trailer for the doc. Included as well are 21 minutes of interview and other archival footage, and two audio/slide presentations totally 26 minutes. This is a surprisingly deluxe set considering its unfussy, straightforward packaging. The BFI has really been delivering with excellent box releases in 2015 and this is no exception.