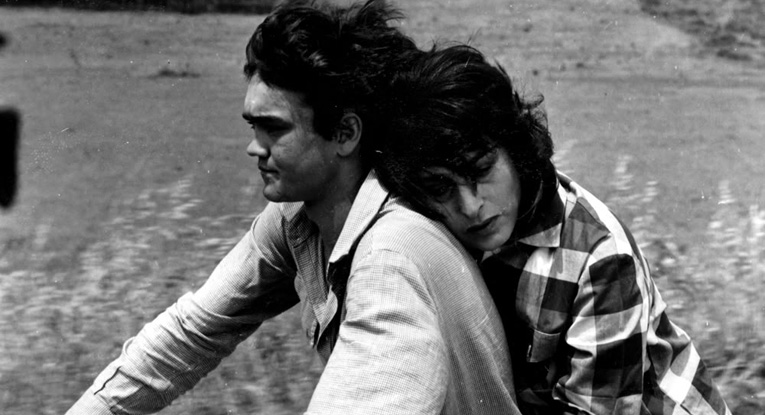 In North America, only the final four Pasolini features are available on Blu-ray, three of these in Criterion’s Trilogy of Life package that was released just last month. A further four (Accatone, The Gospel According to Matthew, Oedipus Rex, Medea) are now available on Blu-ray discs zoned for Europe. Of the four that are available only on DVD, two have seen spiffy new European releases in the last year. That leaves Teorema (issued on DVD by the BFI in 2007) and, sadly Mamma Roma (Criterion 2004) as the Pasolini films that have gone the longest without a fresh video release.

I decided to wait no longer for a Blu-ray edition of Mamma Roma, and picked up Criterion’s double DVD box during the most recent Barnes & Noble Criterion 50% off sale. I’m glad I did. No doubt the eventual HD treatment will improve contrast significantly in a handful of night scenes, but the transfer looks pretty good for DVD.

The story is simple but powerful. A prostitute tries to leave her life of many years for the sake of her son. Her efforts result indirectly in tragedy for her and him.

Watching this film for the first time, two things really stand out for me.

The first is what a fast learner Pasolini was. This film shows very much the same aesthetic preferences as his debut Accatone, but with more finesse, less confusion. The repeating/leitmotif scenes technique is still present, the close framing, and the construction of a world through dialogue rather than a documenting of a natural world. But here it all comes together in organic fashion. As Anna Magnani’s Mamma Roma strides through the night-time cityscape of Rome, her meetings with the city’s night creatures are choreographed rather than naturalistic, and this works to efficiently convey her emotional state at certain key junctures in the narrative. These scenes are like a musical without actual songs.

Accatone asks you to sympathize with a pimp, whereas Mamma Roma is about a prostitute—a much more sympathetic central character.

The second point is that Pasolini’s Jesus obsession is not something that suddenly appears in his third feature, The Gospel According to Matthew, but some that is hinted at in Accatone and is on full display here. The film is famously bookended with scenes that reference da Vinci’s Last Supper at the beginning and Mantegna’s Lamentation over the Dead Christ at the climax.

I have always been impressed with Denys Arcand’s Jesus de Montréal, which I consider to be the most powerful cinematic portrayal of a contemporary Christ figure, but I now realize the extent to which he was standing on Pasolini’s shoulders. For example, Daniel (Lothaire Bluteau), Arcand’s protagonist, develops a fevered sweat as he heads toward his fate, and I’m now inclided to see this as having been picked up from Pasolini’s Ettore (Ettore Garofolo).

More to come on this point in the next couple of Pasolini posts.

One further note on the Criterion edition: the second disc contains a number of solid supplements including La ricotta (1963), “a 35-minute film by Pasolini starring Orson Welles as a director who sets out to make a film about the Passion of Jesus.” This short film was originally part of the feature-length anthology film Ro.Go.Pa.G., also featuring segments from Jean-Luc Godard, Ugo Gregoretti, and Roberto Rossellini. Ro.Go.Pa.G has recently been released by Masters of Cinema as a Blu-ray so I will be viewing that version of La ricotta and covering it my next post.