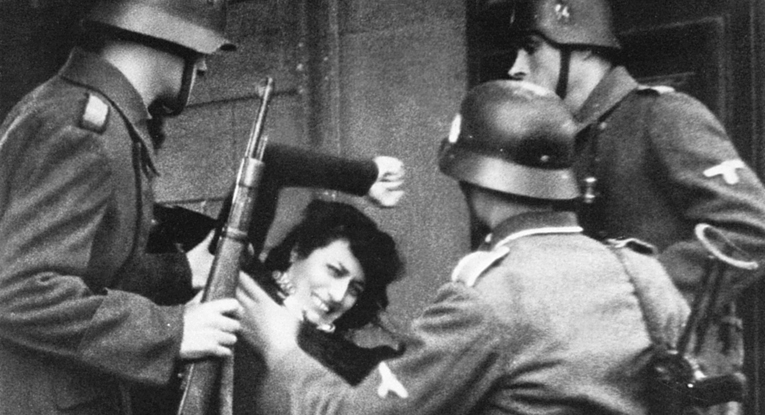 My fall 2013 encounter with Rossellini has transpired in a strange order… after seeing the restored Rome: Open City at this year’s Toronto International Film Festival, I had intended to dive into Criterion’s 3-DVD box of the War Trilogy in the ensuing weeks. But then when I scored the 4-BD Rossellini-Bergman box I excitedly jumped immediately to that.  I have a sort of mild regret about that because the supplements I watched (and certain aspects of Europe ’51) rather spoiled the ending of Germany Year Zero for me. Possibly the most useful piece of advice I can offer people coming to these two boxes / six films for the first time is: watch them in order, and for useful explication watch the Rossellini introductions and Adriano Aprà interviews after each film—and save the supplements that consider the entire trilogies for after you’ve watched each full trio of films.

The only other Rossellini regret that I have at this moment is that it’s taken me this long to get around to watching the War Trilogy films—and this Criterion box in particular, which was released just about four years ago now.  As with the Rossellini-Bergman package the supplements are brilliant—thoughtfully produced and abundantly insightful. Especially valuable are two video essays: Rossellini and the City, by Mark Shiel, about the urban landscapes in the trilogy, and Into the Future, by Rossellini biographer Tag Gallagher, which is essentially a concise half-hour lecture, with quickly edited visuals, that is guaranteed to elevate your appreciation of all three films. As with the Rossellini-Bergman box I have found myself compulsively watching every minute of the extras.

If recent and future further restoration of these classic films does indeed result in new high def upgrade releases for these films, it’s hard to think that the accompanying features can also be improved.  One of Criterion’s best releases ever, for me, and that is saying something. For the dedicated cinephile this is pure gold.