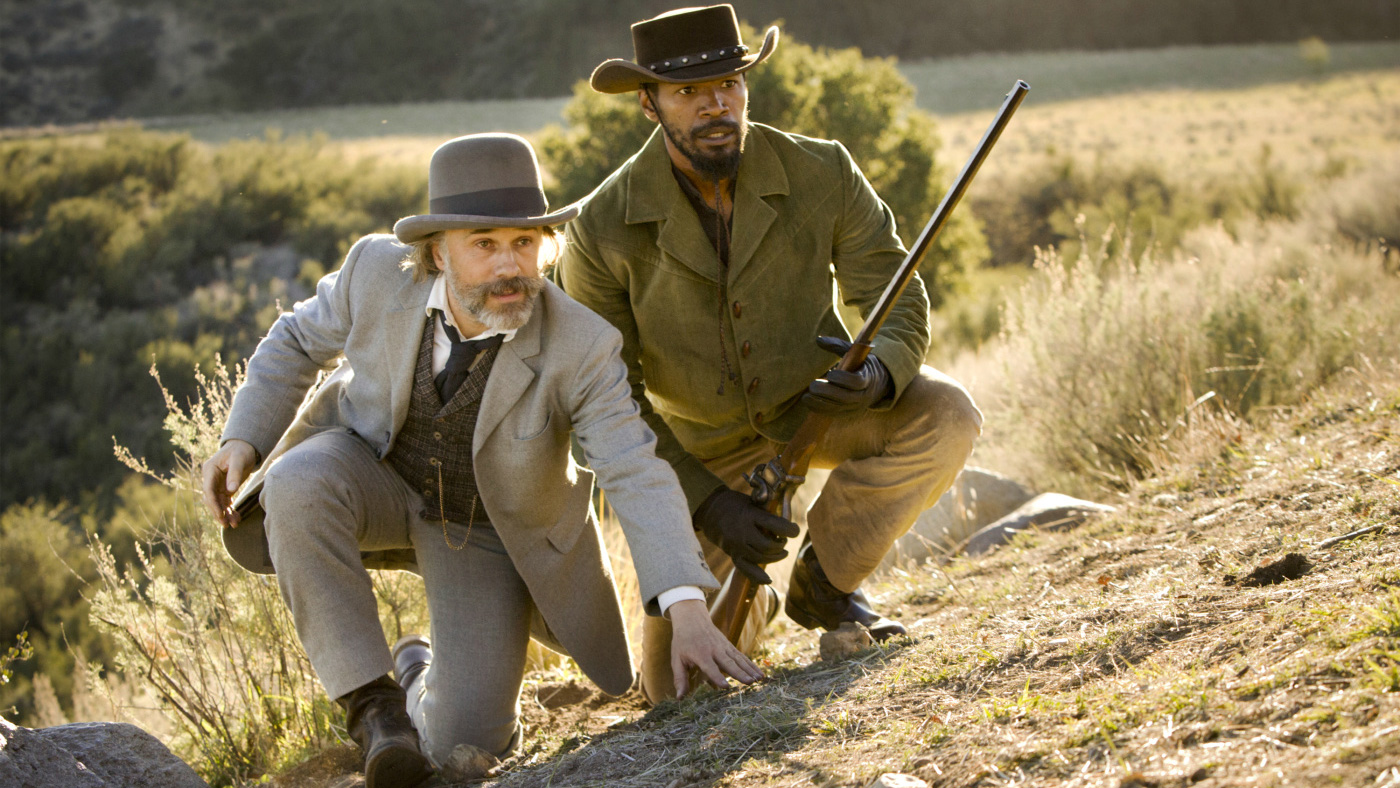 Three years ago in The Atlantic, Jeffrey Goldberg called Inglorious Basterds “a story of emotionally uncomplicated, physically threatening, non-morally-anguished Jews dealing out spaghetti-Western justice to Nazis.” From the trailers for Django Unchained I was tempted to think that Quentin Tarantino had simply swapped in a black man for Jews and white slavers for Nazis and more or less made the same film again.

But it’s not so. Maybe it’s just that the spaghetti-Western justice flows much more convincingly in a spaghetti-Western setting, but this film seems less strained, more organic despite the usual Taratino tonal swerves. In fact I was genuinely surprised, at the end, to discover that two hours and forty-five minutes had rolled by. It seemed like two hours to me.

You should know going in that there are a whole lot of n-words dropped, there is much racist awfulness to set off the vengeance that ensues, and, yes, there is a black man man being torn apart by dogs, among other atrocities. If sublime excess is Tarantino’s brand, Django delivers on the brand promise in spades.

And indeed, the movie seems to be coming to a conclusion only to launch into a fully-fledged Act Four, including another risible cameo performance by the director himself. It says something for the film that even Tarantino’s lousy Australian accent is not enough to derail it.

That misstep seems inconsquential beside two amazing performances from Jamie Foxx and Christoph Waltz. Leo DiCaprio is pretty much note-perfect as well. I would watch this again, something I haven’t done with any of Taratino’s films since Jackie Brown.