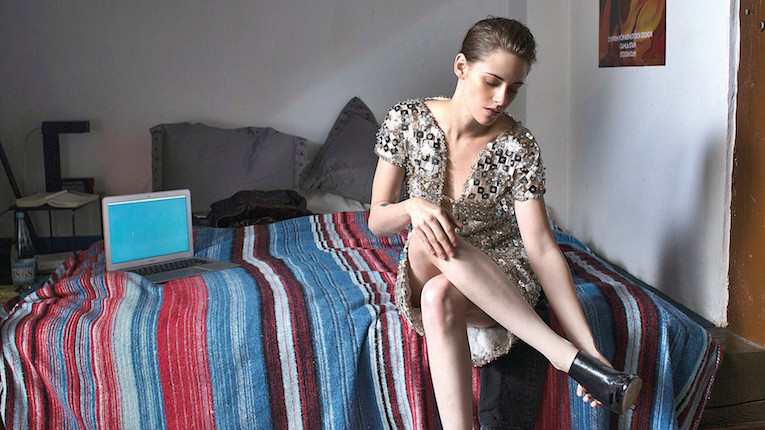 As a follow-up director-actor collaboration between French auteur Olivier Assayas and celebrity model-actress Kristen Stewart, Personal Shopper feels like the surprisingly awesome B-side to a smash hit single.  (The A-side in this case is Clouds of Sils Maria, the outstanding 2015 film where Stewart is paired with no less than Juliette Binoche and rather steals the movie.) Personal Shopper pretty convincingly draws unlikely connections between the supernatural, the internet and the fashion industry’s underbelly—as one critic puts it, “an outré yet unexpectedly touching tale of luxury brands and ectoplasm.” Hard to describe, easy to recommend.

Fifty years on from its surprise success, The Graduate—an impressive 4k restoration thereof, in fact—is back in theatres for a couple of dates this month, including this Wednesday at Cineplex Park Lane and Dartmouth Crossing.  In advance maybe settle into your sofa for half an hour and enjoy this brilliant 2008 long-read making-of piece from Vanity Fair.

Tonight at the Central Library, the Radical Imagination Project is showing Ovarian Psycos, a “concise and intimate documentary” about a Latina bicycle brigade in Los Angeles. Also at the library, Tuesday’s instalment of a featured-director series of films of Nicole Holofcener has Please Give, the 2010 film that explores “the fascinating matter of why some people impulsively give and others compulsively take.” The screening will be introduced by Chris Campbell.

The Dal Art Gallery First Features series continues this Wednesday with Sofia Coppola’s debut The Virgin Suicides, “a poignant portrayal of white middle class suburbia, where the cloying summer humidity is a metaphor for the claustrophobic atmosphere created by parents who are terrified of their children’s potential to become adults.”

This Friday, Carbon Arc has a 7pm screening of David Lynch: The Art Life, a “cockeyed, oblique attempt to get closer to the worldview of David Lynch.” Carbon Arc is really excellent at bringing in the most recent acclaimed releases, and this is the latest example—a film that opened in New York just this past weekend.

This Sunday in Wolfville, Fundy Cinema will be screening the Maud Lewis biopic Maudie— which has now moved in at the Oxford.