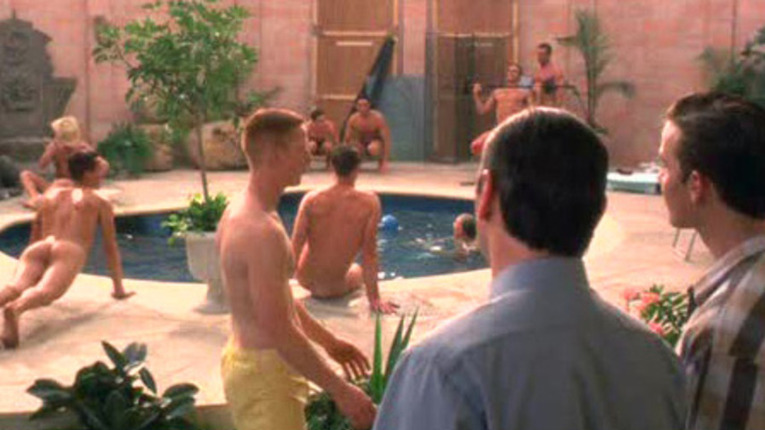 Inescapably this week’s major film story in Halifax is the provincial Liberal government’s ruthless and shortsighted gutting of the local industry in last week’s budget. Seems like the right time to rally around and celebrate one of the classics of local production of the past two decades. Thom Fitzgerald’s docu-drama homage to mid-2oth-century muscle magazines premiered at Sundance in 1999, and this Sunday there’s an opportunity to have a fresh look—there’s a special OUTEast Film Festival benefit screening at the Company House. This is a $10/ticket fundraiser in support of a couple of local plays that will be travelling to the Dublin Gay Theatre Festival in May.

Speaking of revisiting mid-20th-century myth-making, The Radical Imagination Project has another screening at the central library in their gentrification-themed film series tonight. The well-regarded 2010 documentary The Pruitt-Igoe Myth seeks to unearth what really happened in the large-scale urban renewal projects of the time, specifically the titular redevelopment in St. Louis, and to reinstate its residents as worth protagonists in their drama of survival and adaptation.

Ever seen Joseph Losey’s remake of Fritz Lang’s M? Yeah, me neither, but even the concept of having Losey take a crack at that story seems pretty intriguing to me. Dal Art Gallery’s film noir series, artfully curated by Ron Foley MacDonald, offers up this 1951 version at this Wednesday’s screening.

Carbon Arc this Friday has the Zellner brothers’ English/Japanese Fargo-referencing meta-fable Kumiko: The Treasure Hunter, which I haven’t seen either but which looks thoroughly intriguing. I dig this pull-quote from Todd McCarthy: “A work of rigorously disciplined eccentricity, Kumiko, the Treasure Hunter is at once entirely accessible and yet appealing only to a rarified crowd ready to key into its narrow-bandwidth sense of humor.”