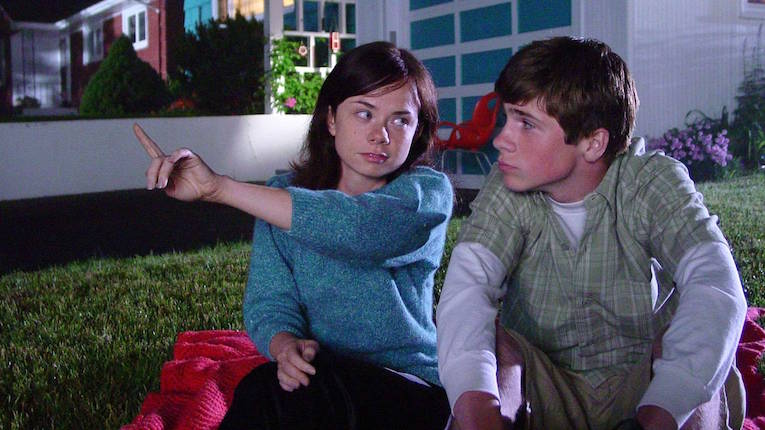 This Wednesday is National Canadian Film Day, and perhaps the most notable local screening has director Andrea Dorfman on hand for a screening of her 2003 classic (can we say that now?) Love That Boy, the Halifax-shot rom-com that features a teenage Ellen Page in a supporting role.

Carbon Arc’s NCFD screening, pushed to the usual Friday slot, is the sophomore feature from Anne Émond, Our Loved Ones (Les Êtres Chers)—this is a co-presentation with Reel Canada and in fact a free screening. In the late (9:30pm) slot on Friday it’s The Invitation, which is interesting for a couple of reasons: the back story about director Karyn Kusama’s fight to shape her films and get them released is absolutely fascinating, and this is the latest film to try releasing to theatres and to pay-per-view simultaneously. The film itself is getting great reviews and the trailer by itself scared the shit out of April 10’s Carbon Arc audience, as I can testify.

Novel Tech Ethics is back with another screening-plus-discussion event tonight with Concussion, and though the film is in truth neither bad nor great, it’s one of the better issue-analysis films of the past few years, and offers a decent serious Will Smith performance, which is something we don’t get enough of in my book.

Cineplex’s Classic Film Series this week has the only film based on a Rogers & Hammerstein musical not to receive any Academy Award nominations (not sure whether that’s good or bad, because my Oscars feelings are complicated), Carousel, set in Maine, and, um, Heaven. Insert Liverpool FC reference here.

Out of town this week, the Astor Theatre in Liverpool has the raved-about Charlie Kaufman animated feature Anomalisa, nominated for Best Animated Feature at this year’s Oscars, which has yet to play Halifax after being pulled from its Carbon Arc screening by Paramount Studios. Fundy Cinema in Wolfville has the songbird documentary The Messenger on Wednesday, and Jia Zhangke’s Mountains May Depart on Sunday.