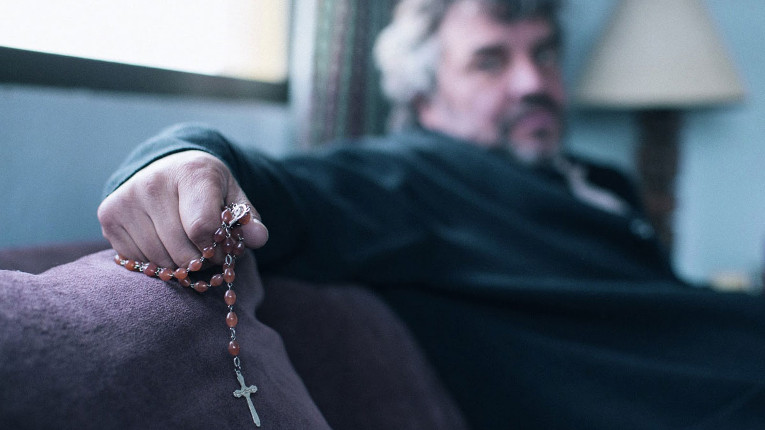 If there is a more brilliant, engaged, and indeed entertaining politically-conscious filmmaker working today than Pablo Larraín, I’d like to know who that is. His latest, The Club, the story of a covert retirement home for priests forced out of the ministry by scandal, finds him “in fierce command of his craft.” Larraín says that the Vatican isn’t talking about this film because they don’t want to make it more visible. Carbon Arc is presenting it this Friday.

The Nova Scotia Public Interest Research Group continues its four-day mini-festival of free screenings of Cinema Politica documentaries at The Company House this week. Monday sees the Halifax return of ‘Til the Cows Come Home, Tuesday it’s Out in the Night, the story of the New Jersey 4, and Wednesday it’s the classic—now ten-year-old—NFB documentary Finding Dawn. There are post-screening Q&A/panel/performance events which you can check out by clicking through on the preceding links. As well, on Monday the Radical Imagination Project presents Sylvia Hamilton’s one-hour documentary The Little Black School House, which examines the little-known history of Canada’s racially segregated schools. The director will be on hand for a discussion after the screening at the Central Library.

Out of town you can catch a couple of films that carry my highest recommendation—Jafar Panahi’s Taxi plays at the King’s Theatre in Annapolis Royal on Tuesday, and the tragicomic Icelandic rural drama Rams plays the Astor Theatre in Liverpool on Wednesday.

Fundy Cinema in Wolfville has the Argentinian documentary Our Last Tango on Wednesday and the minimalist Norwegian drama 1001 Grams on Sunday, directed by Bent Hamer in a style that Farran Smith Nehme describes as “what might happen if Ulrich Seidl liked people.”