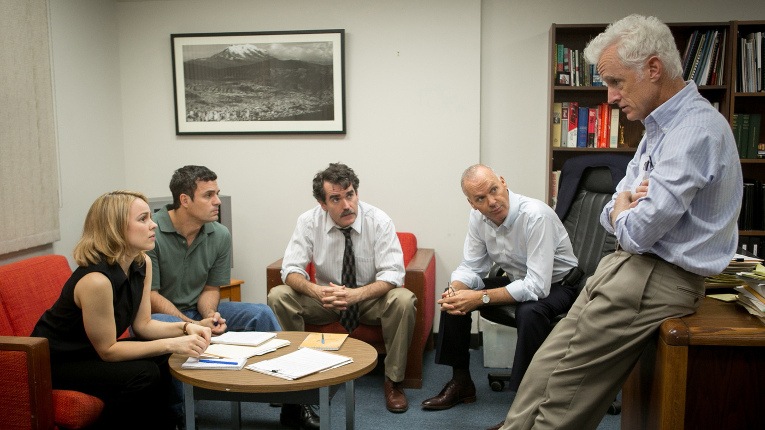 Now that I’ve had a chance to see Spotlight, I have to make it my top recommendation for this week. It is, as they say, a “solid procedural”—but if all procedurals were this excellent, that wouldn’t sound like faint praise. There isn’t a smidgen of cinematic innovation in this film, but there’s a perfection of pace, tone, and balanced perspective that I rarely see in this sort of film. And, simply, it has something important to impart.

The Thrillema is back for a December screening, and a special one it is—with the Museum of Natural History in renovation mode, Menz & Mollyz Bar has stepped up to host a screening of The Nightmare Before Christmas. You’re invited to message the Thrillema kids via Facebook to get on the VIP list if you want to hang out and party afterwards without paying the bar’s usual cover.

If that isn’t enough to get you in the Christmas spirit, then maybe this weekend’s late-night Cineplex Park Lane screenings of Die Hard will make you want to say “Now I have a machine gun, ho ho ho!”

The Fundy Film Society in Wolfville has the Royal Concertgebouw Orchestra tour doc Around the World in 50 Concerts on Wednesday.

Here are my Annapolis Valley screening picks for selected days this week: