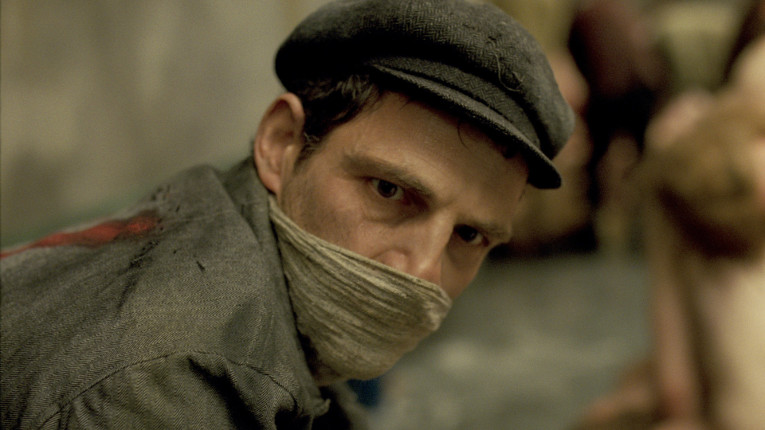 This past Wednesday was International Holocaust Remembrance Day, and presumably not coincidentally, Cannes 2015 Grand Prix winner Son of Saul arrived in Halifax on Friday. I was extremely impressed with the film on first viewing, and the method it adopts to present events in a Nazi concentration camp, its “atrocities taking place just out of view with the film’s careful sound design filling in the gaps in our comprehension.” But something didn’t quite sit right with me as I thought about it afterwards, for reasons that have perhaps best been articulated in this Adam Nayman response. I do, though, continue to think highly of the film’s intelligence and craft, and I definitely encourage you to see it and consider your own response.

Hey! Carbon Arc is back for a winter season!  This Friday’s kickoff event starts with Hitchcock/Truffaut, a doc about Francois Truffaut’s weeklong 1962 interview with Alfred Hitchcock, and continues with a live taping of the podcast Lens Me Your Ears, hosted as usual by Stephen Cooke and Carsten Knox. On Saturday there are two screenings of Boy & the World, nominated for Best Animated Feature Film at this year’s Oscars. Those screenings are fundraisers for this effort to bring a Syrian refugee family to Halifax.

For African Heritage Month, the Dal Art Gallery is adding a series of 5pm Tuesday screenings: “First Films by Black Filmmakers.” This week’s choice is the film that launched Spike Lee’s career, She’s Gotta Have It. The Wednesday evening noir series continues as well, this week with the 1944 Otto Preminger classic Laura, with Gene Tierney.

In Wolfville this week, Fundy Cinema notably has two films by women about women: on Wednesday, Peggy Guggenheim: Art Addict, which I haven’t seen but have been totally sold on by the trailer, and on Sunday, the Brazilian domestic drama The Second Mother, which previously played Carbon Arc.

Finally, can someone please explain to me Cineplex’s Great Digital Film Festival, which puts “sci-fi, fantasy and cult films back on the big screen”, which presumably might appeal to many university-age viewers, and programs many of the screenings in the daytime—the week before those viewers are actually off from school. Yeah there’s some crap on the list but I’ll concede there’s a choice nugget here and there as well.