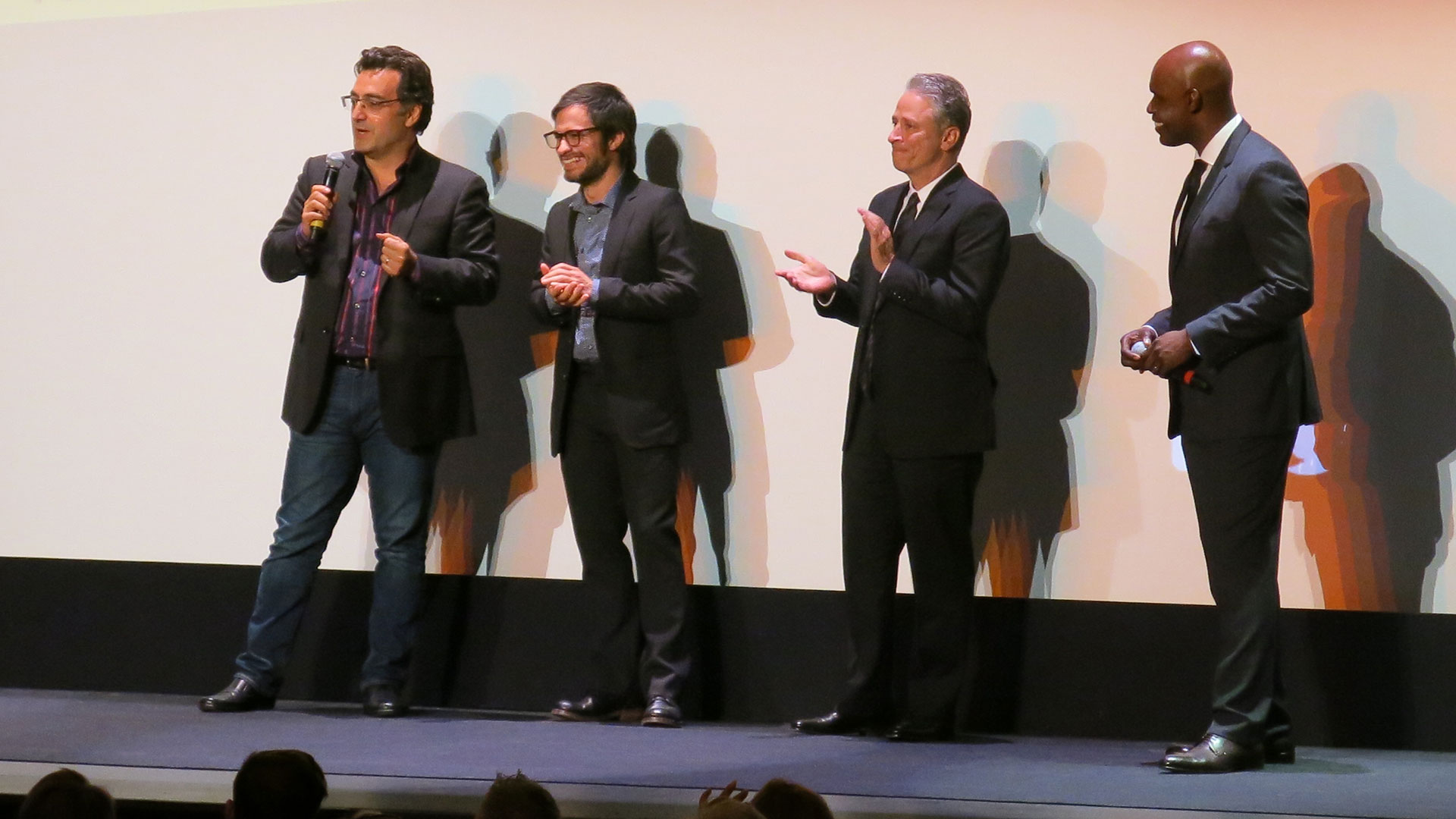 Trying something new, starting today… I’m going to be combing through local event listings, weekly, to come up with recommended film screenings for the Halifax area. This week’s current film pick was a pretty easy one—Jon Stewart’s directorial debut Rosewater is a surprisingly strong depiction of Iranian-Canadian journalist Maziar Bahari’s 118-day stint in an Iranian prison. The squeamish need not fear—this is a journey of the soul, not torture porn, and the ever-appealing Gael García Bernal does a fine job of inhabiting this role, while Stewart successfully cracks the problem of making an extended detention interesting on the screen. Friday’s Carbon Arc screening at the Museum of Natural History. (Above you can see the real-life and film-fiction Baharis side by side, with Jon Stewart and Cameron Bailey at TIFF this past September.)

My repertory pick of the week is the 40th anniversary re-release of Sidney Lumet’s Dog Day Afternoon, which it so happens was Al Pacino’s next role after The Godfather Part II. This is a Cineplex Classic Film Series screening at Dartmouth Crossing on Wednesday.