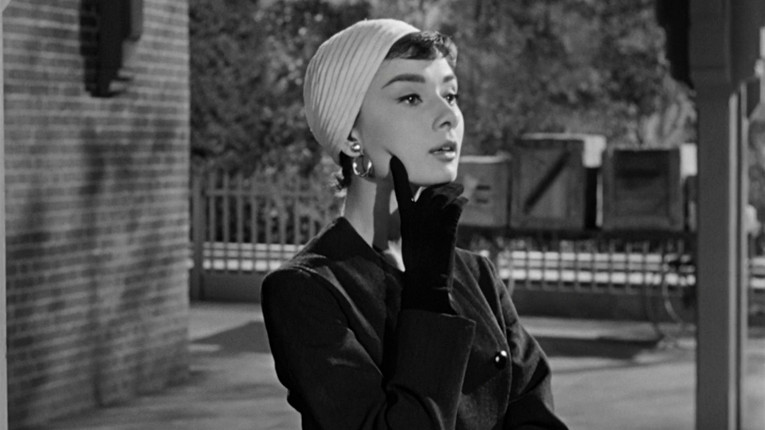 If Roman Holiday made Audrey Hepburn a star, it was Sabrina that inaugurated her lasting relationship with Givenchy and thus the style we now think of as uniquely hers. This Sunday you can check out Cineplex Classic Film Series matinee screenings of Sabrina at Dartmouth Crossing and the Oxford.

Out-of-town screenings this week include, at the Astor Theatre in Liverpool, the latest cinematic adaptation of Macbeth, which notably features Michael Fassbender, Marion Cotillard, and—appropriately for the Scottish Play—Scottish accents across the board, which have been variously described in the British media as “almost-perfect” and “mangled.” On the same night in Wolfville, the Fundy Film Society has Zhang Yimou’s Coming Home.

Cineplex Park Lane has seen fit to add a Tuesday screening of the 25th anniversary edition of Goodfellas, and this Friday has a late-night screening of Stanley Kubrick’s A Clockwork Orange. There’s an Oscar push on for Lily Tomlin’s work in Grandma, so that film is back in theatres, and Park Lane has that as well.

This week in Halifax is front-loaded with a series of social issues & justice screenings with panel discussions, all free. Monday at the Halifax Infirmary’s QEII Royal Bank Theatre it’s Still Alice, with a panel discussion on Alzheimer’s disease, dementia, family caregivers, and coping; Tuesday at the Central Library it’s the documentary The Hunting Ground, an exposé of rape crimes on U.S. college campuses—the cover-ups, and the toll on survivors and families—with a discussion on sexualized violence on Canadian campuses; Wednesday, also at the Central Library, it’s The Wanted 18, an ingenious doc, complete with talking cows, about the efforts of Palestinians in Beit Sahour to start a small local dairy industry during the First Intifada, followed by a Q&A with director Paul Cowan and guests. That one is presented by the Radical Imagination Project along with Canadians, Arabs and Jews for a Just Peace and Independent Jewish Voices Halifax.