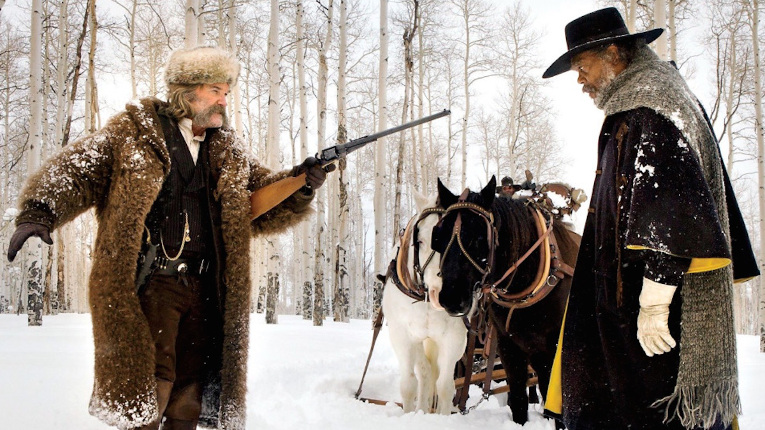 It may be only the 11th film in history to be made in Ultra Panavision 70, but if you want to see the roadshow version of Quentin Tarantino’s The Hateful Eight projected in 70mm, you are SOL in Halifax. Only four theatres in Canada are screening it in that format, and in fact the nearest option for Haligonians is in Boston. Yes it is a Tarantino film, with all that implies—a lot of blood, gun violence, faces and heads blown off, copious use of the n-word… It’s so easy to criticize him for his tendencies that it seems pointless to do so, but the film is also a reminder that, as a director, he brings more than those excesses.

Speaking of OTT violence, the 25th anniversary 4K-remastered edition of Martin Scorsese’s Goodfellas has a couple of screenings at Park Lane this weekend, with an additional 30-minute making-of documentary.

As the new year begins, few of the regular screening series have yet started up (the exception being the Fundy Film Society in Wolfville, which has the Mavis Staples doc Mavis! on Wednesday, and the Dalton Trumbo biopic Trumbo on Sunday). But some of the year’s best are in theatres, so it seems like the right moment to change up the format of this column a bit, and separate out those screenings from the one-offs.