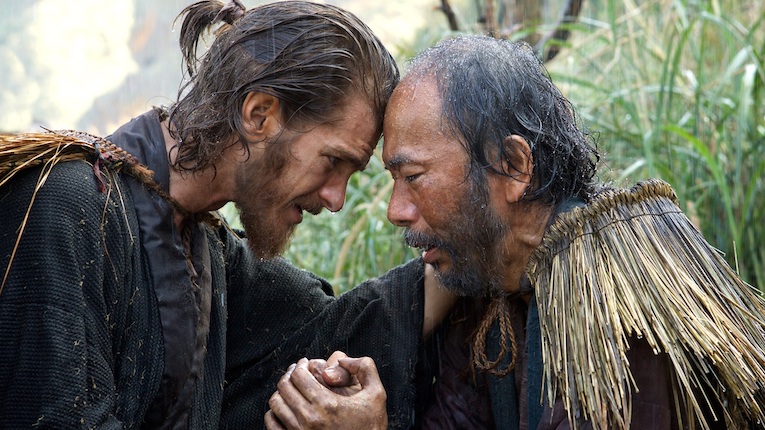 “Beautiful, unsettling, and one of the finest religious movies ever made“—Silence, Martin Scorsese’s long-gestating adaptation of the Shūsaku Endō novel, in its physical portrayal of 17th-century Japan is also of the most meticulous reconstructions of a historic period and place that I have seen in years. It carries my highest recommendation. As of this post it is playing only at Scotiabank Theatre in Bayers Lake.

For the winter & spring edition of its Wednesday free screenings series, the Dal Art Gallery has chosen an excellent theme—First Features. It kicks off this week with arguably the greatest-ever directorial debut, Orson Welles’ Citizen Kane.

Also this Wednesday the Central Library continues its series of screenings of Stanley Kubrick films with The Shining, introduced by Mark Palermo.

This Sunday, in advance of the marking of International Holocaust Remembrance Day on January 27, there is a free screening at Dalhousie University’s McCain Building of 2000’s Paragraph 175, “the definitive screen chronicle to date of homosexual persecution under the Third Reich.” The screening will be followed by a keynote and panel discussion.

Breakfast at Tiffany’s is the latest feature in the Cineplex Classic Films series, a film that continues to be Audrey Hepburn’s most identifiable role, but which is also features a toxically racist caricature as portrayed by the late Mickey Rooney. Cineplex has also brought back Moonlight to Halifax, at the Scotiabank Theatre in Bayers Lake.

Out of town, the Astor Theatre in Liverpool wraps up a multi-day engagement of Moonlight on Monday, and then brings in The Edge of Seventeen for a couple of Wednesday screenings. Fundy Cinema in Wolfville has Arrival on Wednesday and The Violin Teacher on Sunday.