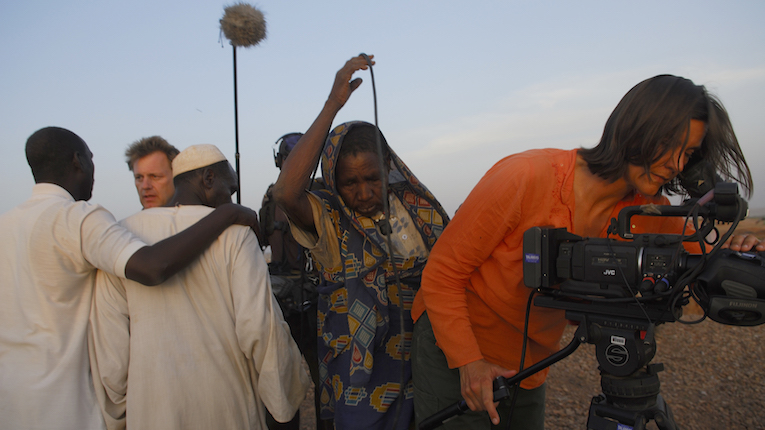 “Do we look or look away? Are we bearing witness or intruding on private emotions? At what point does our concern shade into voyeurism?”—these are the dilemmas that director Kirsten Johnson explores in her film Cameraperson, including what she feels is her betrayal of her own mother. One of the most acclaimed documentaries of 2016, it “unfolds with beauty and purpose — mixing the fluidity of a dream with the acuity of an essay.” If, like me, you missed it when it played Carbon Arc in November, you can see it this Wednesday at Liverpool’s historic Astor Theatre. Update: unfortunately the Astor is having projector problems and Cameraperson is cancelled… it has been rescheduled for Wednesday January 11.

Incidentally, the Johnson-lensed Citizenfour, Laura Poitras’ acclaimed 2014 doc about Edward Snowden, was added to Netflix Canada on Christmas Day. Also, if you missed 2016’s best film—I of course mean Moonlight—when it played at the Oxford, Liverpool’s Astor is giving you another chance to see it this weekend (it’s playing this Friday through Monday). Update: due to the Astor’s projector issues, this weekend’s Moonlight screenings have been moved to January 13-16.

This Wednesday the Central Library kicks off a series of screenings of Stanley Kubrick films with the enduring, standard-setting sci-fi classic 2001: A Space Odyssey, introduced by the always engaging Kendra Barnes.

Cineplex Park Lane this week continues with screenings of The Sound of Music (the restored edition of which looks fantastic on the big screen) and the batshit crazy 1972 disaster film The Poseidon Adventure, which has had an obsessive cult around it for decades now.

Fundy Cinema in Wolfville starts up again this Sunday with Last Cab to Darwin. “Smartly directed by Jeremy Sims, this sweet-hearted film mostly manages to avoid triteness even as it casually packs an emotional punch.” says Daniel Gold in the NY Times.

I finally pushed past my feelings about Casey Affleck’s 2010 sexual harassment case and went to see Manchester by the Sea, which indeed is centred on a top-tier performance by Affleck. But the real star of the film for me is the screenplay by under-appreciated genius Kenneth Lonergan, whose understated direction allows his script to shine. The film is still pulling in sizeable audiences at the Oxford, while the other buzz film of this season, La La Land, is unfortunately only playing the Scotiabank Theatre out at Bayers Lake. Let me assure you that it is worth the pilgrimage.