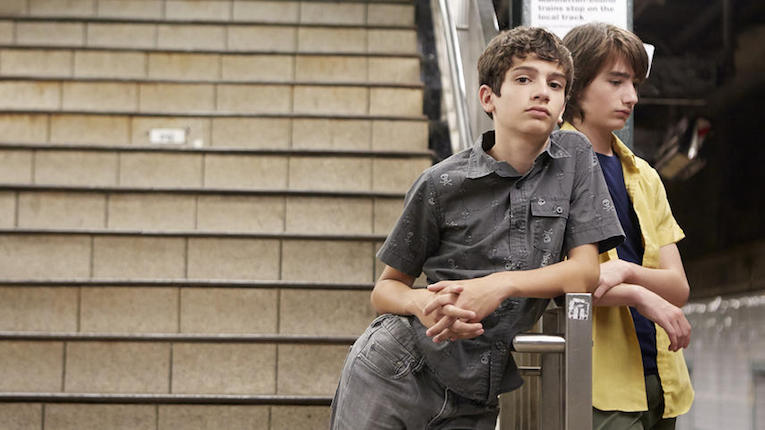 Carbon Arc is back! The exquisitely-curated series of weekend screenings returns to the Museum of Natural History this Friday with (as usual) one of the best-reviewed films of the past months—Ira Sachs’ follow-up to Love is Strange, Little Men, “a deceptively slight movie which brings us towards the revelation that life is disappointment, and that happiness comes in being ready for it.”

Also this Friday, Cineplex kicks off Flashback Film Fest (does exactly what it says on the tin, now rebranded from the comparatively vague name “Great Digital Film Festival”) with a Coen brothers double bill: the unimpeachable Fargo, and the recently restored Blood Simple. Saturday night features 1997’s Starship Troopers, now slated for a forthcoming remake that will hew closer to the original novel, an idea that the original’s director Paul Verhoeven finds repellent. “The novel was fascistic and militaristic… You feel that going back to the novel would fit very much in a Trump Presidency.” Troopers is of course the ruthlessly violent capstone of a science fiction thematic trilogy that grows increasingly direct in its parallels of near-future societies with Nazism (beginning with Robocop in 1987 and continuing with Total Recall in 1990). Sunday your Super Bowl counter-programming is the recent 4K remaster of Michael Mann’s Heat, the De Niro v Pacino event film that continues to exert considerable influence on action filmmakers, notably Christopher Nolan and the Russo brothers.

The First Features screening series at the Dal Art Gallery continues this week with the seldom-seen debut feature from Stanley Kubrick—Fear and Desire. This hour-long film will be paired with the half-hour doc The Seafarers, which mentions Halifax, and which might have led to him making a second film specifically about Halifax.

A couple of top-drawer docs are showing this week.  This evening at the Central Library, the Radical Imagination Project is screening “Nettie Wild’s clear-eyed documentary” A Place Called Chiapas, the highly regarded 1998 film that offered plenty of insight but no clear answers about the Zapatista uprising in response to NAFTA in 1994. This Sunday at the library, it’s Mina Shum’s Ninth Floor, part of 2015’s TIFF Canada’s Top Ten, and a fearless interrogation of racism in Canada as well as a resurfacing of a remarkable, forgotten moment in the nation’s history.

There are plenty of quality films screening out of town this week as well: Manchester by the Sea, Hidden Figures at the Astor in Liverpool, and Arrival at King’s Theatre in Annapolis Royal. Lion is playing the Astor on Wednesday and Fundy Cinema in Wolfville on Sunday.