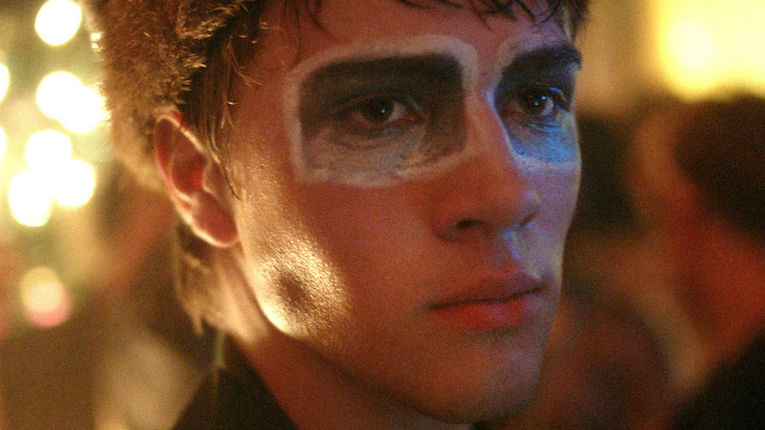 Closet Monster is here for Pride Week and hopefully beyond. The Newfoundland coming-out story, a first-time directorial effort from 26-year-old Newfoundlander Stephen Dunn is yet to be released in the US (due August 19), but has garnered rave reviews in its festival run, including this from the Hollywood Reporter—”Autobiographical but also singularly imaginative, this formally exuberant bildungsroman plays like a Gregg Araki film with a dash of Cronenbergian psychosomatic body-rebellion thrown in.”

The Thrillema is back this week with an excellent alt-art-trash nugget, Zombi 2, so titled because the 1979 Luico Fulci directed film was created as a sequel to Zombi, which was actually George Romero’s Dawn of the Dead as re-edited by Dario Argento and re-scored by Goblin. Oft-reviled for its shark-eating zombie and eyeball-piercing scenes, Zombi 2 features “enough worm-ridden zombie flesh, horrendously fake yet appalling gore, and completely superfluous female nudity to make this a winner.”

Out of town this week, King’s Film Society in Annapolis Royal has Dark Horse, the Welsh race horse documentary, “a feel-good story enlivened by the fact that there’s no overly sentimentalized hokum to be found,” and the Astor Theatre Cinema Series in Liverpool brings back Luca “I Am Love” Guadagnino’s A Bigger Splash.