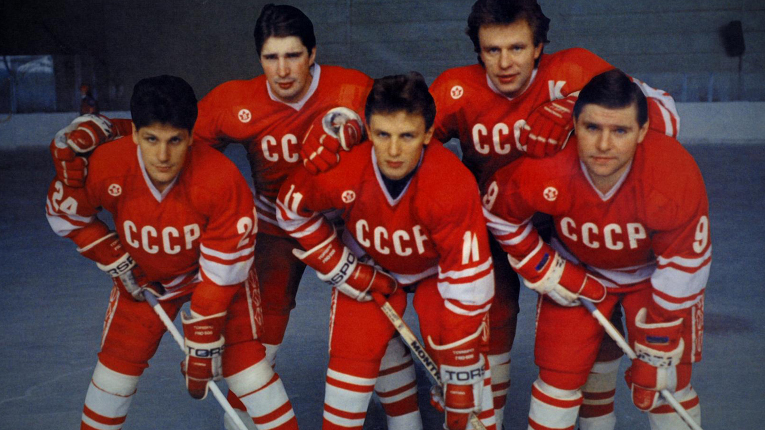 June is here, and that means that it’s road trip season—and one of my favourite Nova Scotia summer activities is getting out of town and checking out some of the excellent film series screenings around the province.  Starting this week, and through the summer, I’ll be adding Annapolis Valley and South Shore film screenings to my weekly picks.

There are a couple of excellent such opportunities this week. On Tuesday, the King’s Theatre Film Society in Annapolis Royal has Red Army, the feature doc (carrying an exec-producer credit for Werner Herzog) that tells the story of the most successful dynasty in sports history—the Soviet national hockey team, from the perspective of captain Slava Fetisov. And on Sunday, the Fundy Film Society in Wolfville has Phoenix, the 2014 festival favourite that re-teams the director (Christian Petzold) and star (Nina Hoss) of Barbara, one of my favourites from 2012.

Meanwhile in Halifax, Saturday you can check out “Incredifest – The Incredible Film Festival” which in a bit of perhaps genre-appropriate marketing overstatement, bills itself as “the best independent science fiction, fantasy and horror films from around the world” but is really just a two-hour showcase of 12 short films followed by a low-profile Japanese-ish zombie feature from 2011, Schoolgirl Apocalypse.  But with local talent like Jason Eisener (“One Last Dive”) and Angus Swantee (“Torturous”) on the short film lineup it seems like an excellent bet for genre fans. Note: the festival website refers to the venue as the “Maritime Museum of Natural History,” but it seems otherwise clear that the screenings are at the Nova Scotia Museum of Natural History and not the Maritime Museum of the Atlantic.

The Dal Art Gallery noir series wraps up this Wednesday with Robert Wise’s Odds Against Tomorrow, starring Harry Belafonte—”one of the final films in the Noir cycle, a heist-gone-wrong flick that directly addresses race issues, all to a cool Modern Jazz Quartet soundtrack.”

Here are my Annapolis Valley screening picks for selected days this week: