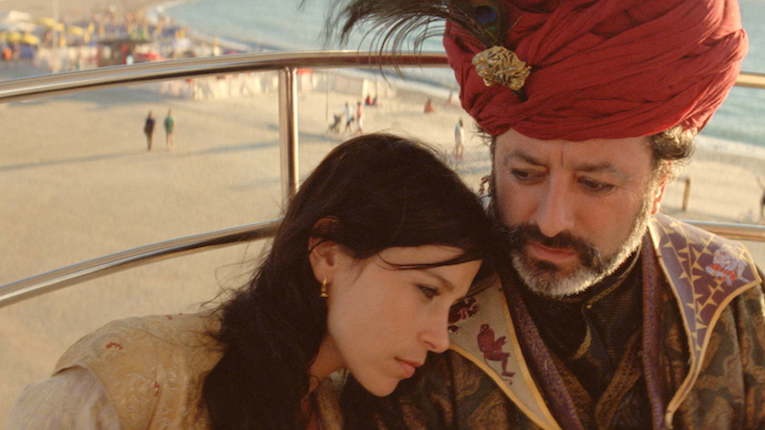 HIFF, the Halifax Independent Filmmakers Festival, is here for its 10th annual iteration, and once again, along with well-curated showcases for short films, there are some brilliantly chosen features. One of the most notoriously tricky to program is Portuguese director Miguel Gomes’ Arabian Nights trilogy. At 382 minutes in total length, its US distributor decided to release the three parts in consecutive weeks this past December. At the Directors’ Fortnight—the art-film showcase that runs in parallel with the Cannes festival—it showed on consecutive days, but there is also an argument for showing the whole thing in succession, as TIFF did last year (with two one-hour breaks), and as HIFF will do this Sunday at 1pm—PLEASE NOTE TIME CHANGE. The film is not an adaptation of the Arabian Nights in any strict sense, but rather takes its structure as a framing device for stories of austerity policies and their consequences in contemporary Portugal. Props to the festival for making this screening absolutely free—note that this will take place at 1649 Brunswick Street, unlike the rest of the week’s screenings at Deep Water Church on North Street.

Another highly anticipated feature is Don’t Blink: Robert Frank, an ambitious portrait of one of the world’s greatest photographic artists—and a part-time Nova Scotian at that. As well, you can catch the riskily shot-on-location Mina Walking, which won the Canadian Discovery Award for its story of a 12-year-old street-seller girl in Kabul, and the highly experimental 88:88 by Isiah Medina—another Canadian first feature, one that has been making “ripples to reckon with.”

I deserve a slap on the wrist for failing to note last week that A Bigger Splash, Luca Guadagnino’s follow-up to I Am Love, is in town—it was at the Oxford last week, but has now moved over to Cineplex Park Lane.

Out of town this week, the King’s Theatre in Annapolis Royal has a Tuesday screening of the documentary Peggy Guggenheim: Art Addict, a film built out from rediscovered long-missing interview tapes. In Wolfville, Fundy Cinema this Sunday the John Carney’s latest musical delight, Sing Street.