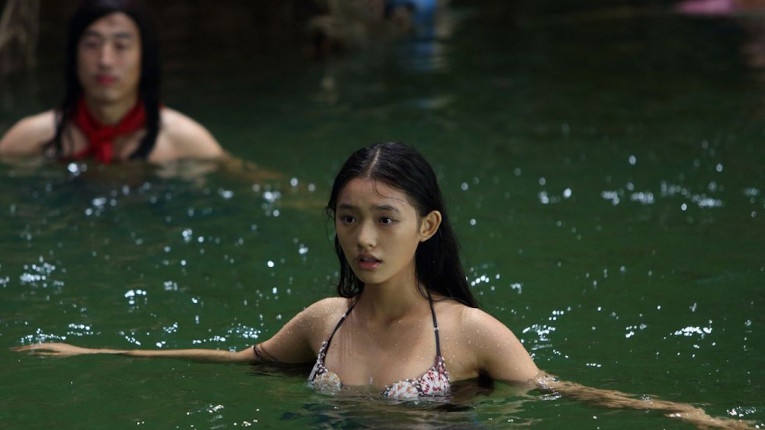 Carbon Arc is in the second week of a two-week March Break hiatus, but the Dal Art Gallery film series is back this week with two films from the 1940s. Tuesday sees the kickoff of a three-week series of screenings marking the 100th anniversary of the Easter Rising in Ireland, starting with Odd Man Out, directed by Carol Reed (The Third Man), and starring James Mason as a wounded nationalist on the run after a failed bank robbery. On Wednesday the noir series resumes with one of my favourite Akira Kurosawa films, Stray Dog, starring “an impossibly young Toshiba Mifune” as a detective in post-war Tokyo.

Tonight’s Dal Art Gallery screening of the documentary Life Off Grid is already sold out.

My curiosity’s been piqued by a Chinese film that opened in Halifax on Friday—the “exhilarating, bizarre, good-hearted, blatantly obvious sci-fi-fantasy-slapstick eco-fable” Mei ren yu (The Mermaid), which is out at Bayers Lake this week, and features “weaponized sea urchins, incredibly delicious roasted chickens, man-octopus self-mutilation and other comic oddities.”

I’m not a huge fan of Paolo Sorrentino—pretty much everybody liked La Grande Bellezza better than I did—but I can’t let this Sunday’s Wolfville screening of Youth go without mention, because, well, Diego Maradona.