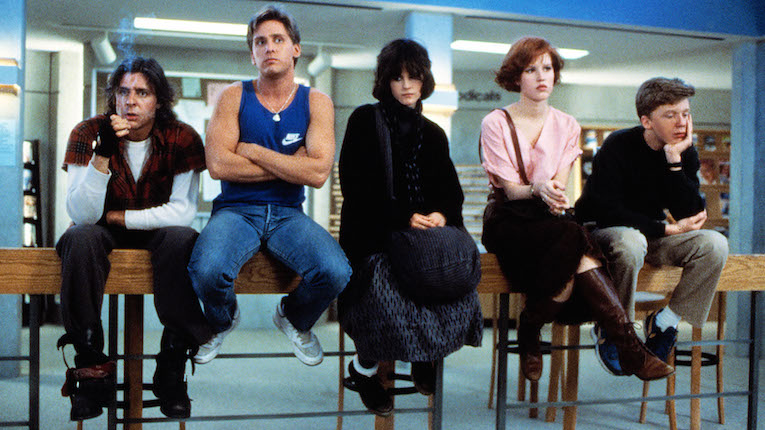 Carbon Arc and the Dal Art Gallery film series are both still on hiatus until next week, but it turns out that the March break week has a surfeit of film screenings and film-related events. I’m personally looking forward to this Saturday’s 30th anniversary Cineplex screening of The Breakfast Club, which is about as generationally-definitive as films get.

Speaking of Generation X, Sunday also offers a rare chance (for Halifax) to pose your questions to the inimitable director Kevin Smith, as he is coming to the Spatz Theatre for a live Q&A with the screening of his Canadian-themed comedy-horror Tusk, the first of a projected “True North Trilogy” which is slated to proceed with further instalments Yoga Hosers and Moose Jaws. Folks, I don’t make this stuff up.

This Friday sees the Halifax premiere of the locally shot and produced rom-com Relative Happiness, based on the bestselling novel written by Cape Breton author Lesley Crewe. There will be a Q&A to follow with the stars, producers, and director Deanne Foley, moderated by The Coast/CBC entertainment pundit and gal-about-town Tara Thorne.

Last but not least, for Brain Awareness Week (not making that up either) the Novel Tech Ethics film screenings are back, with everyone’s favourite J-Law-starring rom-com-dram Silver Linings Playbook on Monday , complete with panel discussions on the mental health issues the films raise.