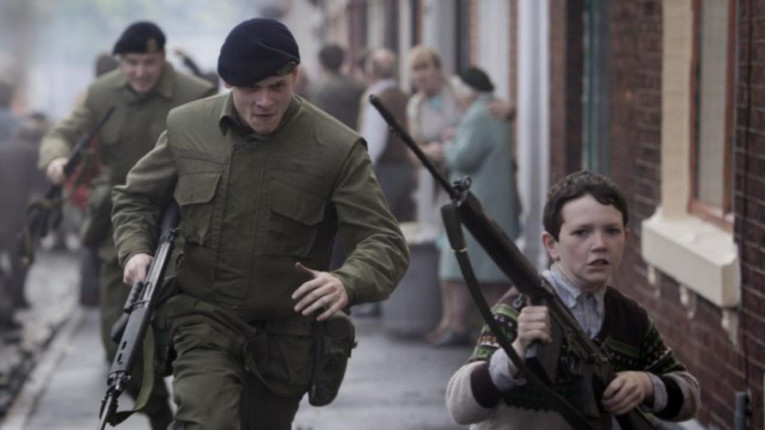 “Thrilling, tense, and directed with prodigious confidence, ’71 announced itself as one of the best films at [the 2014] Berlin Film Festival. Its director, Yann Demange, wasn’t well known outside the UK. That’s about to change.” So wrote TIFF artistic director Cameron Bailey for last year’s festival program notes, and ever since, as this film has been making its way through the festival circuit and then commercial distribution, Demange’s inbox has been jamming up with project offers. In the meantime you can check out his astounding debut, a thriller set in The Troubles in Belfast that is doubtless the best film to play Halifax so far this year. More about him in this recent profile from The Guardian.

Carbon Arc returns from a two-week hiatus this week with the Flaubert update Gemma Bovery, from director Anne “Coco Before Chanel” Fontaine, and the Dalhousie Art Gallery film noir series returns as well, with the Fatal-Attraction-esque 1940s thriller Pitfall, featuring a 30-year-old Raymond Burr private-eye-ing it up.

Cineplex’s Classic Film Series has a few 50th anniversary screenings of The Sound of Music kicking off this Sunday.