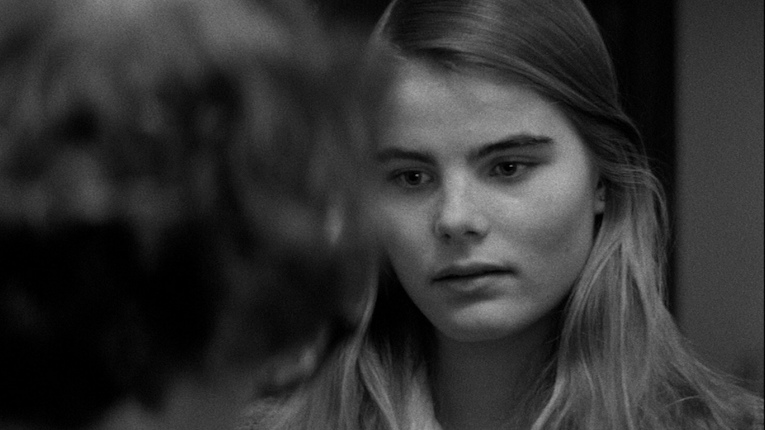 “When I was seven years old, Woody Allen took me by the hand and led me into a dim, closet-like attic on the second floor of our house. He told me to lay on my stomach and play with my brother’s electric train set. Then he sexually assaulted me.”
— Dylan Farrow, Woody Allen’s adoptive daughter, in a February 2014 open letter

I’m not sure exactly how Woody Allen’s expensive image rehabilitation process is going, but it’s been at least no smoother than his directing career. Cafe Society was the first of his last three films to be favourably reviewed, but then six months ago came his tepidly reviewed Amazon Prime series—now it’s back to the vaults for a restored edition of 1979’s Manhattan, which hits Cineplex Park Lane this weekend. Part of me would really love to know the chain of decisions that landed on re-releasing a film that is so particularly emblematic of the intersection between the person and the persona. And indeed another part of me would really love to be able to get past what we now know and return to my original, innocent experience of this, yes, beautiful film. I’m not here to criticize those who choose to attend—I think watching the work on its own terms is both possible and ethically defensible. But it’s too soon for me, and maybe it always will be—what I’m feeling right now is a big ol’ nope.

Now in the category of big, big yes, how about the consistently brilliant Hirokazu Kore-eda, who has built up an incredible catalogue of work—even though, he says, his films are harder than ever to make.  His latest, After the Storm, has gathered his best reviews since 2009’s Still Walking, and Carbon Arc has booked it for this Friday, in just its second week of North American release.  The next night, there’s an encore showing of the popular cats-in-Istanbul doc Kedi—which at the time of writing on Sunday March 26 is already sold out of advance tickets (26 tickets available at the door starting at 6:30pm).

The Thrillema is back on Tuesday with the Brian De Palma nugget Phantom of the Paradise, the “musical rock opera horror comedy film” that crashed and burned everywhere on first release in 1974—everywhere, that is, except Winnipeg, where it was a massive hit. For the last couple of years, as the revival cult has spread, a crowd-funded documentary, Phantom of Winnipeg, has been in the works to tell the story of why Winnipeg so loved this eccentric film.

Novel Tech Ethics is back this evening with another screening-and-panel event on mental health issues. Tonight’s film is Unbroken Glass, the personal documentary by Dinesh Das Sabu that has been called “a fascinating look into how we are caught between influences of our past and present.” The expert-led panel discussion will touch on schizophrenia, family resilience & coping, living as a cultural minority in America, early parental death, and suicide.

The highlight of out-of-town screenings this week is the 2016 Palme D’Or winning I, Daniel Blake by Ken Loach, which plays Fundy Cinema in Wolfville Wednesday evening. As well, Mira Nair’s Queen of Katwe, which hasn’t played in Nova Scotia since its October Cineplex engagements, is back for a couple of Fundy screenings this Sunday.