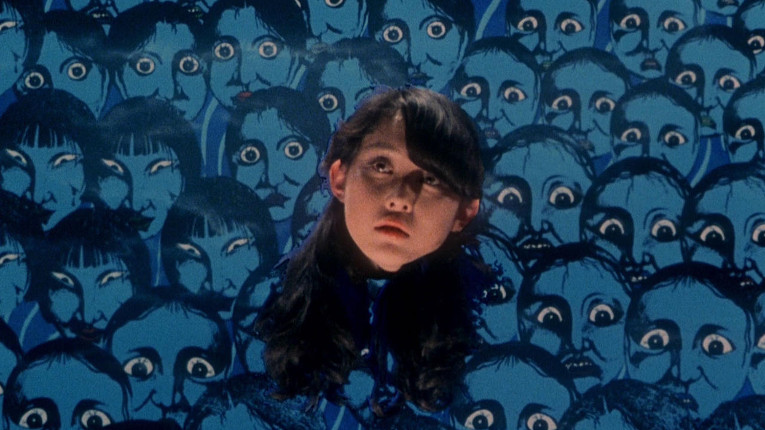 The term “cult” gets thrown around in film circles a lot but if there is a more singular film than Hausu that has a more dedicated following, I don’t know what that would be. The 1977 Japanese film is equally credentialed as trash and art and is probably the only film the Thrillema has ever screened that has been blessed with a cine-snob release by Criterion—check it out this Wednesday.

“The first great movie of 2016, as far as U.S. releases go, is an animated picture that was made in 1991,” says Glenn Kenny about this Friday’s Carbon Arc selection, Only Yesterday. The film features a newly recorded English-language dialogue track—this version screens Friday at 7pm, and Kenny says it “keeps the movie intact, Beatles references and cigarette-smoking characters and all.” The original Japanese-dialogue version, subtitled in English, will be screened at 9:30pm.

Carbon Arc also has a 7pm Saturday screening of 2015 Cannes Lions Awards: The World’s Best Commercials, the fun annual release better known as “the Cannes ads” by people who speak one mouthful at a time.

The Dal Art Gallery film series wraps up its three-week series of Tuesday screenings marking the 100th anniversary of the Easter Rising in Ireland, this week with the 2006 Ken Loach opus The Wind That Shakes the Barley, starring Cillian Murphy. On Wednesday the noir series has a “ferocious critique of the media” circa 1950—The Underworld Story, directed by Cy Endfield.

This week in Wolfville, Fundy Cinema brings back the Hitchcock/Truffaut doc on Wednesday and on Sunday has the “shameless royalist fluff” A Royal Night Out, in which a yet-unenthroned Elizabeth is portrayed by the Canadian actress—favourite of the Cronenbergs, new face of Armani makeup, and worthwhile follow on Instagram—Sarah Gadon.