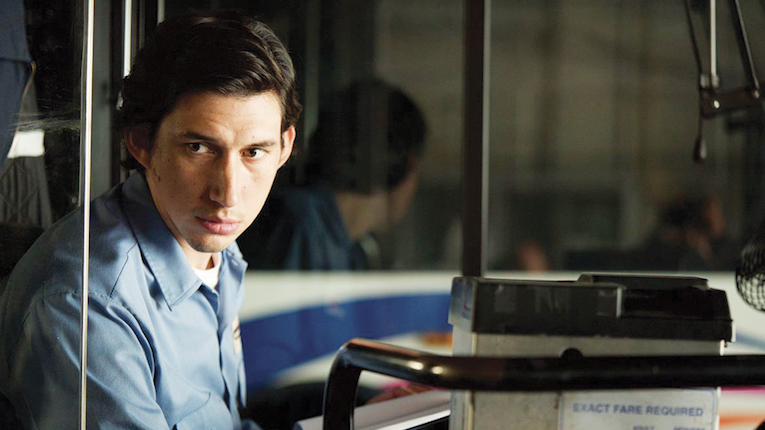 I’ve never posted a weekend extra edition of my weekly picks before, but in the two years I’ve been doing this there’s never been this many great films playing Halifax at once. And though The Salesman and Toni Erdmann have already come and gone, Paterson and I Am Not Your Negro have arrived, and (drum roll! the envelope please! no not that envelope…) Moonlight is back to a full slate of screenings at the Oxford.

If Moonlight was, by far, my favourite among this year’s Oscars Best Picture noms, Jim Jarmusch’s Paterson is for sure my favourite 2016 film that wasn’t nominated (though it has accumulated various other awards for the film, the screenplay, and Adam Driver’s acting). Easily one of Jarmusch’s greatest films, it pulls off one of the hardest film challenges I can think of, which is to make the act of writing poetry, and poetry itself, cinematic. “Paterson manages to convey the inner workings of the creative process like few films before it,” says Tirdad Derakhshani. I really can’t put it better than that. Paterson starts today at Cineplex Park Lane.

(Just a reminder for poetry lovers that Fundy Cinema in Wolfville this Sunday has A Quiet Passion, the new Terence Davies directed biopic about Emily Dickinson as portrayed by Cynthia Nixon.)

You don’t often see documentaries playing at Park Lane but there aren’t many documentaries that arrive with the social significance and ecstatic reviews of the Oscar-nominated I Am Not Your Negro, which opens there today—”bursts with fierce urgency, not just for the long-unresolved history it seeks to confront, but also in its attempt to understand what is happening here, right now.”

Speaking of Oscar nominations, tonight at 7pm Carbon Arc has the Best Foreign Language Film nominee from Sweden, the “morbidly funny and moving” A Man Called Ove, a crowd-pleaser that pleased me as well at its Atlantic Film Festival screening. That’s followed at 9:30pm by another notable from September’s AFF, Werewolf, the made-in-Cape-Breton substance-abuse drama that is returning for just its second Halifax screening, following four sold-out screenings at the Berlin International Film Festival. The film’s director, Cape Breton native “the fearless Ashley McKenzie,” will be present for a Q&A.

I saw Jordan Peele’s brilliant “social thriller” Get Out on Sunday and I’m still buzzing from it. If you’ve already seen it, check out his guest appearance on this week’s NY Times’ Still Processing podcast with Wesley Morris and Jenna Wortham for a very entertaining and revealing conversation.