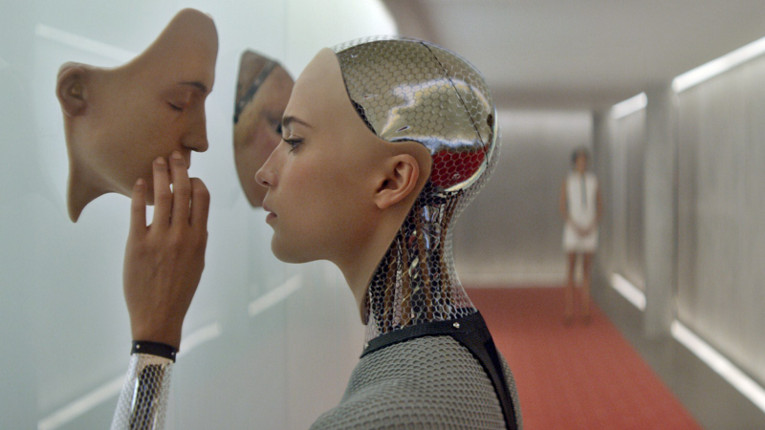 Cineplex Oxford and Dartmouth Crossing are both showing Ex Machina this week—the extremely well-received directorial debut of Alex Garland, the screenwriter for Danny Boyle’s 28 Days Later and Sunshine. One of the many four-star reviews online comes from Matt Zoller Seitz, who effuses: “real science fiction is about ideas, which means that real science fiction is rarely seen on movie screens, a commercially minded canvas that’s more at ease with sensation and spectacle… Ex Machina is a rare and welcome exception to that norm.”

This Wednesday it will be 100 years, and exactly one week, since the birth of Orson Welles, and the Dal Art Gallery film noir series will be screening the unimpeachable, but not unrevisable, classic Touch of Evil, which is famous not only for its opening eight-minute tracking shot, but also for its chicanerous release & redaction history. The UK Blu-ray release has no less than five presentations of the film, including the theatrical release version, a preview release version, and the 1998 reconstructed version, which I suspect is what we will see on Wednesday.

The Radical Imagination Project has another free Monday urban-issues doc screening, this one in association with the Mayworks Festival, and on Tuesday AFCOOP has an interesting free screening—12 aboriginal Canadian shorts from the past decade, selected by Ariel Smith. The Ottawa International Animation Festival has more information about the program here.

All of this week’s one-off screenings are crammed into three nights, but hopefully Ex Machina and/or While We’re Young will stick around and offer some filmgoing options for the rest of the week.