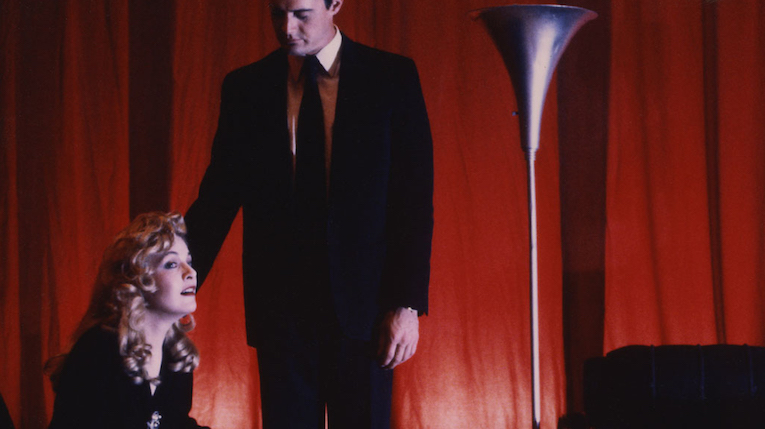 “Fascinating disaster“? Or “David Lynch’s masterpiece“? Feels like, for the most part, critical opinion has come 180 degrees on the 1992 Twin Peaks prequel Twin Peaks: Fire Walk With Me, just in time for the series revival. This Friday at Cineplex Park Lane you can draw or revisit your own conclusions as “the film that almost killed Twin Peaks” returns to the big screen.

Before that, on Tuesday, you can revisit Lynch’s first hack at this sort of material with a Park Lane screening of Blue Velvet, the 1986 film much hated by Roger Ebert, despite his affection for Lynch himself.

Speaking of Ebert, Cineplex (Park Lane and Dartmouth Crossing) this Sunday has a Classic Films screening of Singin’ in the Rain, the musical that in Ebert’s words “is a transcendent experience… no one who loves movies can afford to miss it.” Cineplex Park Lane has also added A Quiet Passion, the Terence Davies biopic with the wonderful Cynthia Nixon as poet Emily Dickinson—it played Wolfville a couple of months ago, but is only now arriving in Halifax.

The First Features series of free Wednesday screenings at the Dal Art Gallery returns this week with Transamerica, the 2005 debut of Duncan Tucker that is associated, perhaps more than any film, with the comparatively recent shift toward positive portrayals of transgender people in movies.

Fundy Cinema in Wolfville this Sunday has Jean of the Joneses, which played the Emerging Lens festival in Halifax last month. In Liverpool, the Astor has last screenings of Maudie today and this weekend brings in the very well reviewed James Gray film The Lost City of Z. King’s Theatre in Annapolis Royal on Tuesday has the wonderful Cape Breton ’70s-set road movie Weirdos, by Bruce McDonald.