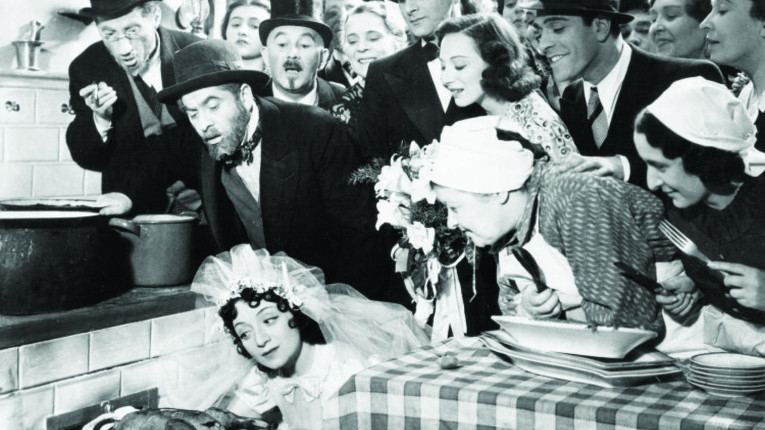 So the Atlantic Jewish Film Festival is back for another annual instalment—an event that I’ve appreciated over the years for bringing in interesting films that would otherwise never play here. And indeed there are some excellent choices on this year’s program, but also a couple of head-scratchers, including a French film that was deemed too racist for distribution in the English-speaking world. Serial (Bad) Weddings, according to the National Post’s movie critic Chris Knight, is “something truly sickness-inducing”—its “humour sometimes strays across the good-taste divide and into actual racist remarks” and “often isn’t funny at all.” “The awkwardness and clichés about race and religion come out in this film” says the festival website. Indeed. As well, there is a Sunday afternoon screening of a documentary called Above & Beyond, about the early days of the Israeli air force, that looks to be a piece of straight-up propaganda about the 1948 Arab–Israeli War. “By including an extended, fairly one-sided account of the founding of Israel, complete with an interview with Shimon Peres, and placing it within the heroic yarn-spinning of American WWII vets, the filmmakers conjure the illusion of a national destiny linked to the United States, unchanged in its trajectory to the present,” says Ronnie Scheib in Variety. That one is co-presented by the Atlantic Film Festival. Hmm.

That’s the bad news, but the good news is that there are some really solid choices as usual, especially the closing film Gett: the Trial of Viviane Amsalem, which played the Directors’ Fortnight at Cannes in 2014. This widely lauded courtroom drama critiques the effective veto power over divorce that husbands have in Israel. Matt Zoller Seitz’s review says that in this film, director siblings Ronit and Shlomi Elkmbetz “prove that they rank with the finest filmmakers alive.” I’m also intrigued to see that there is a Friday morning screening of the 1938 Yiddish film classic Mamele, which has been recently restored by the National Center for Jewish Film. The Saturday evening screening of the doc Deli Man looks like a fun way to kick off the Gala party, and there is also a Friday afternoon co-presentation with Carbon Arc of Dough which looks a similarly feel-good experience. “A pokey, cliché-filled, completely unadventurous movie if ever there was one… It’s also impossible to resist,” says a reviewer who attended the Asheville Jewish Film Festival.

Speaking of Carbon Arc, the fall screening series wraps up this week (early, yes, due to repair work set to commence at the Museum of Natural History) with the (possibly final) Ken Loach film Jimmy’s Hall and the Chernobyl documentary The Russian Woodpecker.

The Cineplex Park Lane weekend late night screening this Friday and Saturday is the Coen brothers’ most cultish film, The Big Lebowski.