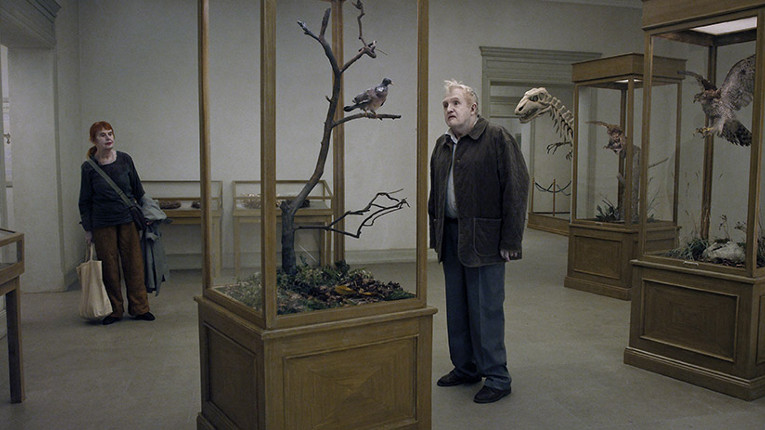 The Fundy Film Society brings two award winners to Wolfville this week: the 2014 Golden Lion winner A Pigeon Sat on a Branch Reflecting on Existence, and Sundance 2015 Grand Jury Prize and Audience Award winner Me and Earl and the Dying Girl—this Wednesday and Sunday, respectively, at the Al Whittle Theatre. The other out-of-town screening of note this week is this Wednesday at the Astor Theatre in Liverpool: 99 Homes.

There are a couple of social-justice doc screenings in Halifax this week—the Attawapiskat documentary After the Last River is presented Monday at the Central Library by the Radical Imagination Project, and Lia Tarachansky’s On the Side of the Road, on Nakba denial, screens this Thursday at Saint Mary’s University. That one is sponsored by Independent Jewish Voices (IJV), Canadians, Arabs, and Jews for a Just Peace (CAJJP), and Students Against Israeli Apartheid at Dalhousie University (SAIA Dal).

As well on Thursday—which happens to be the UN International Day of Persons with Disabilities—it’s the kickoff of “Atlantic Canada’s first disability film festival,” the Bluenose-Ability Film Festival (BAFF). The kickoff party will feature a screening of Scars of Shame, which played the most recent Atlantic Film Festival, and will be followed by a varied program of events on Friday and a closing showcase of submitted/awarded films on Saturday. Free tickets here.

This weekend’s late-night pop-cult screening at Cineplex Park Lane is the 1982 John Carpenter classic The Thing.

Here are my Annapolis Valley and South Shore screening picks for selected days this week: