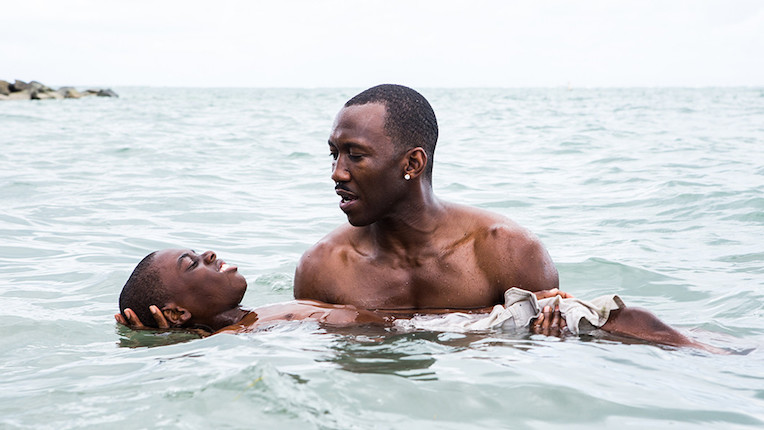 Moonlight comes with my highest recommendation of 2016, but don’t take my word for it—the reviews for this film are easily the best for any film of the last two years (as measured by Metacritic). A love story as deep and heartrending as any you can name (Casablanca and The Umbrellas of Cherbourg leap to mind as touchstones), it is also so much more—a pontification-free engagement with social realities of African Americans.

The acquisition of the Video Difference film collection by the Halifax Public Libraries and Dalhousie University this year was a wonderful outcome from a sad story, and now the Libraries will launch the legacy collection this week with a pair of well-chosen screenings. Friday evening at the Central Library it’s Steven Soderbergh’s under-appreciated (though Palme-d’Or-nominated) King of the Hill, and Saturday afternoon at the Woodlawn Library you can catch the Hitchcock classic The 39 Steps.

The Central Library also hosts a Monday screening of the landmark 2002 Alanis Obomsawin documentary Is the Crown at War with Us?, presented by the Radical Imagination Project, and a Tuesday screening of Martin Scorsese’s 1985 black comedy After Hours, introduced by local blogger and NSCC Screen Arts faculty member Chris Campbell.

Speaking of Martin Scorsese, Cineplex Park Lane has Monday and Tuesday screenings of his milestone final-concert film of The Band, The Last Waltz. Park Lane also continues its John Hughes series with a Friday screening of Pretty in Pink—expect additional screenings of that one to be added.

There have a been a number of cinematic Shakespeare adaptations that re-set his plays in a modern setting, but for my money no film has done this more effectively than the Ralph Fiennes directed Coriolanus. You can see it this week as part of the Dal Art Gallery’s Wednesday free Shakespeare film screening series.

Amongst its various selections each year, the Atlantic Jewish Film Festival usually includes at least one film that has met with wider critical acclaim outside of the Jewish film festival circuit, and this year is no exception. The notable pick this year is The Kind Words, a film that met with generally favourable reviews at various 2015 festivals including TIFF—it screens Sunday afternoon at the Museum of Natural History.

Also at the Museum this Friday, Carbon Arc has that annual staple/diversion, another showcase of TV commercials from the Cannes Lions International Festival Of Creativity, a.k.a. the “Cannes Ads.”

On Wednesday in Wolfville, Fundy Cinema has the acclaimed documentary Fire at Sea, which recently played Carbon Arc, and on Sunday, 2015 film festival favourite Our Little Sister, from the unimpeachable Japanese director Hirokazu Koreeda.