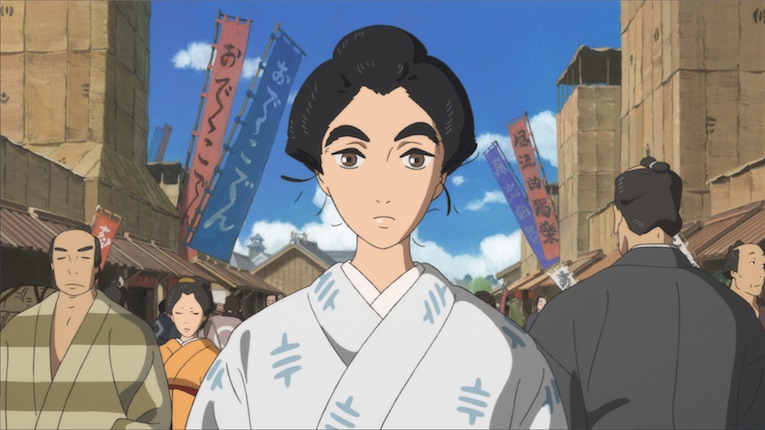 Animation with Love, the Halifax animated film festival, is back this weekend for its sixth and biggest-yet instalment. Neatly divided into a fan day, an industry day, and a family day this Friday, Saturday, and Sunday, it includes multiple shorts showcases (one local, one international) and three feature screenings: Miss Hokusai from Japan, Psychonauts, the Forgotten Children from Spain, and the very new (TIFF 2016 pick yet to be widely released) American film My Entire High School Sinking Into The Sea, with a star-studded vocal cast that features the likes of Jason Schwartzman, Lena Dunham, Maya Rudolph, and Susan Sarandon.

The other festival happening this weekend is BAFF, the Bluenose-Ability Film Festival, the only Atlantic film festival that showcases disability culture. Opening night on Thursday features Invitation to Dance, a 2014 documentary that “invites us into a world where the freeing, sensuous power of dance is available to many different kinds of bodies.”

The Thrillema is back on Tuesday for a monthly hit of cult goodness with (hard as it is for me to choose) perhaps the most essential David Cronenberg film, 1983’s Videodrome.

The Central Library continues its Featured Director screenings of Martin Scorsese films with a Tuesday screening of Scorsese’s 25-years-later sequel to The Hustler, The Color of Money (1986), introduced by the always engaging local film critic Carsten Knox.

Tonight at the QEII Royal Bank Theatre at the Halifax Infirmary, Novel Tech Ethics is back with another excellent panel for a film-and-discussion screening of the sci-fi gem Gattaca.

Fundy Cinema has two excellent selections this week, the Guatemalan feature Ixcanul which played Carbon Arc last month, and L’avenir (Things to Come), the Isabelle Huppert vehicle which was a festival highlight at TIFF and AFF in September.