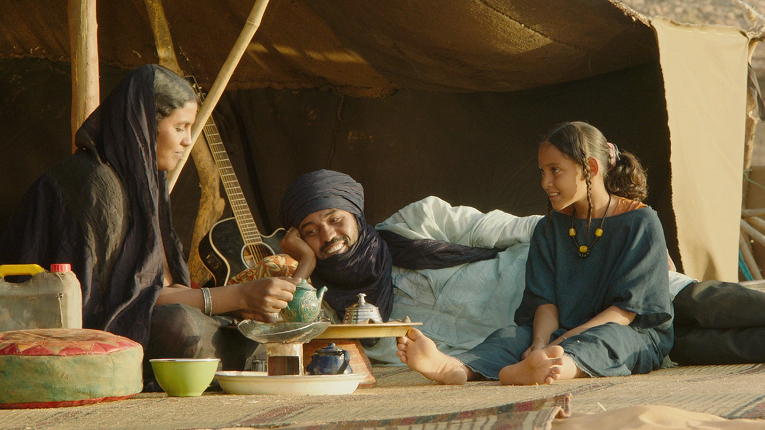 Once again this week, the film screening that I most want to attend is happening out of town—Abderrahmane Sissako’s Timbuktu, an “unflinching, quietly furious exploration of life under radical Islamist rule,” is being screened by the Fundy Film Society in Wolfville this Wednesday.

Here in Halifax, Carbon Arc has double goodness this week: The remarkable, surprisingly upbeat documentary The Wolfpack has a single screening on Friday, and, as part of Nocturne: Art at Night, three free Saturday screenings of a collection of eight short films from the Schnit International Short Film Festival.

Cineplex Park lane has screenings today and tomorrow of a documentary whose existence is as improbable as the cancelled movie project that it examines—The Death of “Superman Lives”: What Happened? Yes, there was going to be a Tim-Burton-directed Superman movie starring Nicolas Cage, and yes, someone has made a film on this subject that might be worth seeing.

The Dal Art Gallery screenings continue this week with fresh instalments of the Tuesday Dutch art series and the Wednesday sci-fi series. In the former category we have director Peter Greenaway returning to Rembrandt’s The Night Watch with the documentary Rembrandt’s J’Accuse, and in the latter, the repeatedly-remade 1956 classic Invasion of the Body Snatchers.

Wednesday at the Central Library you can catch another free Novel Tech Ethics health-issues screening with panel discussion—the John Kastner doc NCR: Not Criminally Responsible “offers a timely and provocative examination of violence and mental illness, and the rights of victims.”

Thursday the Poptober screening series of the legendary Penelope Spheeris docu-trilogy The Decline of Western Civilization continues with Part II: The Metal Years, which delves into 80s “hair metal.” That’s at the Halifax North Memorial Library.

Cineplex Park Lane has a couple of late-night screenings of The Exorcist this weekend, and Jimmy Stewart fans can catch their favourite everyman on the big screen as well—a limited Classic Film Series engagement of Frank Capra’s Mr. Smith Goes to Washington kicks off at Cineplex this Sunday.

Here are my Annapolis Valley screening picks for this week: