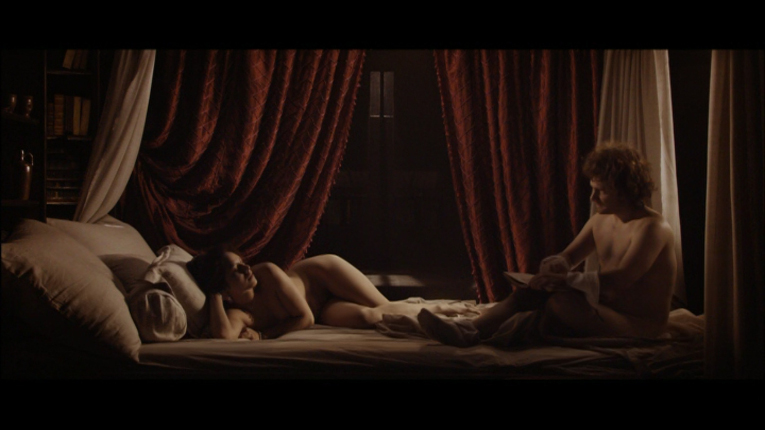 The Dalhousie Art Gallery fall film series—Wednesday night sci-fi edition—continues this week with the 1953 nugget The Magnetic Monster: “With an ending set in Cape Breton, and a chunk taken from a 1930s German epic, The Magnetic Monster manages to blend ‘hard’ Science Fiction with pulp elements to produce a surprisingly effective cold-war thriller about an experiment with a radioactive particle gone wrong.” But through October you can also check out a Tuesday night series of films about Dutch painters, kicking off this week with Nightwatching, dramatizing the period in Rembrandt’s life when he painted his masterpiece The Night Watch, and directed by the brilliant Peter Greenaway.

Carbon Arc this Friday brings you the highly regarded Phoenix, directed by Christian Petzold and featuring his sixth collaboration with the star of the film, Nina Hoss. Those of you who have seen this film’s predecessor, the equally highly regarded Barbara, will find this one to be a little more arty in a Hitchcock sort of way. It’s an excellent film.

This Thursday sees the first in a series of Poptober/Halifax Pop Explosion screenings of Penelope Spheeris’ cult trilogy, The Decline of Western Civilization, beginning with the rarely screened Part III: “a fascinating look at the gutter punk scene of homeless teenagers in mid-‘90s LA featuring musical performances by Final Conflict, Litmus Green, Naked Aggression and The Resistance.” These are free and happening at the Halifax North Memorial Library.

The late-night Park Lane screenings this weekend feature the third instalment of the original Evil Dead trilogy—Army of Darkness, a timely screening with the Ash vs. Evil Dead TV series set to debut 3 weeks later.

My pick of the out-of-town screenings is Paul Weitz’s Grandma, with a star turn by Lily Tomlin. I hear it was very well received at AFF, and this Wednesday you can check it out at Cineplex Cinemas Bridgewater as part of the Lunenburg County Film Series.