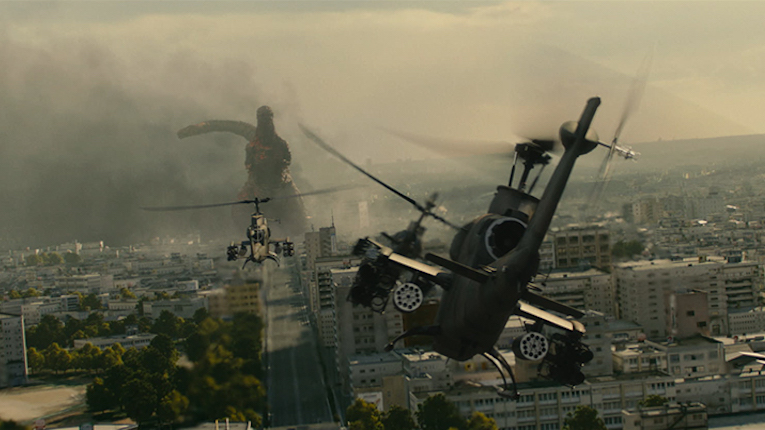 Starting this week, I’ll regularly pull out the top three most critically-acclaimed films (as ranked by Metascore) that are playing in Halifax’s commercial cinemas. This week’s top 3 includes Clint Eastwood’s Chesley Sullenberger bio-pic Sully, Mira Nair’s Phiona Mutesi bio-pic Queen of Katwe, and a film that is being followed by overlapping criticisms of both the film and director, Nate Parker’s The Birth of a Nation.

If you’re like me and felt pretty let down by the way that 2014’s Gareth Edwards Godzilla reboot couldn’t really live up to its trailer, maybe you’re also clinging to hope that this year’s Japanese reboot attempt might actually be a fun watch. The early reviews for Shin Godzilla are fairly positive… Could it be?

Nocturne, the annual celebration of art at night, is back this Saturday, and Carbon Arc is participating with the “singular and strangely moving essay film” Stand By for Tape Back-Up, showing the 65-minute documentary five times over the course of Saturday night. Before that, on Friday, there is also a screening of the South Korean documentary My Love, Don’t Cross that River, documenting 15 months in the life of an inseperable married couple of 76 years.

In the wake of Gene Wilder’s passing in August, Mel Brooks’ Young Frankenstein is back for some screenings, including three at Cineplex Park Lane this weekend.

Out of town this week, King’s Theatre in Annapolis Royal has last year’s successful Australian modernization of Ibsen’s The Wild Duck, The Daughter. I don’t believe that the latest from Palestine’s Hany Abu-Assad (Omar), The Idol, has played Halifax, but this Sunday in Wolfville, Fundy Cinema has two screenings. (When you have a spare moment, can someone please explain to me why no significant Arabic-language films are screened in Halifax, not even at the Atlantic Film Festival, despite the fact that Arabic is the third most spoken language in the city?) That’s preceded on Wednesday by the weekly documentary screening, Dark Horse.