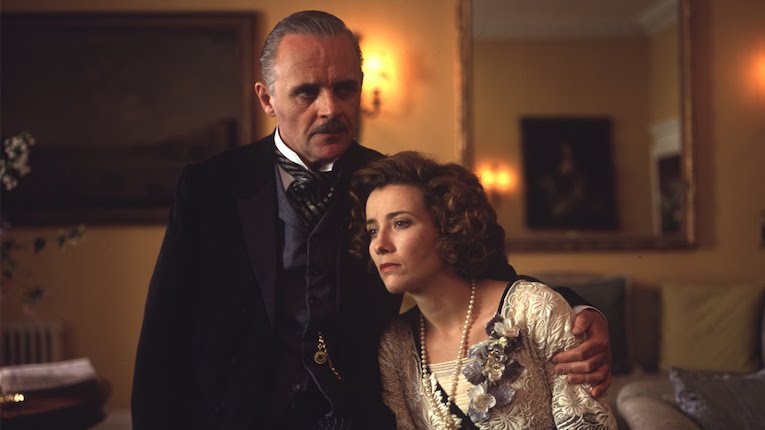 “I don’t know if I could put something like that together in such a way now,” says director James Ivory about his 1992 triumph Howard’s End, which screens in a “dazzling restoration” this weekend at Cineplex Park Lane.  One of the all-time great films, it is “of course lovely to look at,” says Roger Ebert in a classic review. “The old brick country house, not too grand, covered with vines, surrounded by lawns and flowers, is reached by big, shiny motorcars and occupied by people who dress for dinner. But this is not a story of surfaces.”

Speaking of all-time greats, Dal Art Gallery’s Wednesday evening free screenings of Shakespeare films continue this week with the 1968 version of Romeo and Juliet directed by Franco Zeffirelli, who made the “crucial decision, in a film where almost everything went well… to cast actors who were about the right age to play the characters.”

Last week I started pulling out the top three most critically-acclaimed films (as ranked by Metascore) that are playing in Halifax’s commercial cinemas. This week’s top 3 is unchanged from last week, except for adding a 4th film, Deepwater Horizon, which is now in a tie for 3rd because the Metascore for The Birth of a Nation has dropped a notch. But, as per usual, the most acclaimed new films aren’t at Cineplex—they are playing Carbon Arc, which screens two new documentaries. A new meditation on technology from Werner Herzog,  Lo and Behold, Reveries of the Connected World, which recently played Fundy Cinema in Wolfville, gets a Friday screening, and on Saturday it’s Fire at Sea, “a documentary that looks like a neorealist classic,” looking at the life of desperate migrants from Africa and the Middle East arriving in Europe. The latter screening is co-presented with the Italian Canadian Cultural Association of Nova Scotia.

Out of town, King’s Theatre in Annapolis Royal will have director and Newfoundland native Stephen Dunn in attendance Tuesday for a screening of his coming-of-age/out-of-the-closet story Closet Monster, which also plays the next evening in Wolfville at Fundy Cinema (no word on whether he will also attend that screening).  Also on Wednesday, the Astor Theatre in Liverpool has Captain Fantastic. This Sunday in Wolfville you have another opportunity to catch Luca Guadagnino’s A Bigger Splash.