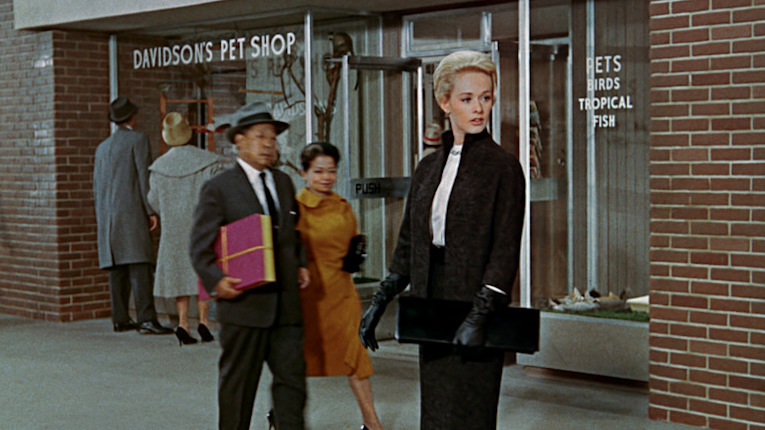 The Atlantic Film Festival is over for another year, but Carbon Arc is back with a fresh fall season of screenings. Up first this Friday: Chevalier, “a brilliantly contained and sublimely ridiculous send-up of competitive male egos from a refreshing female perspective“—that of Greek director Athina Rachel Tsangari.

The Cineplex Classic Films series is bringing the Alfred Hitchcock classic The Birds back to the big screen for October, but if you prefer to see it on a pay-what-you-can basis—with snacks by Lemon Dogs—this Wednesday’s Thrillema screening might be just the (free advance) ticket. The film is by no means in the top tier of Hitchcock’s oeuvre but it is certainly one of his most iconic, in no small measure due to Tippi Hedren’s classy performance and Edith-Head-designed costumes.

Cineplex Park Lane is also continuing its Star Trek 50th anniversary screenings this Thursday with Star Trek VI: The Undiscovered Country—the final film to feature the entire classic Star Trek cast—featuring the directorial return of Nicholas Meyer (Star Trek II: The Wrath of Khan), and Christopher Plummer rocking the Klingon makeup and Shakespeare quotes. Incidentally, this nice little clutch of September Trek-film screenings at Park Lane is nothing compared to the bloody big deal that TIFF is making of this anniversary, this fall in Toronto.

Speaking of Shakespeare, Dal Art Gallery’s Wednesday evening free screenings of Shakespeare films continues with Laurence Olivier’s first performance of Shakespeare on screen in the 1936 Paul Czinner adaptation of As You Like It.

The Radical Imagination Project is also back with another series of social-issue doc screenings for the fall, starting Monday with the very crowd-sourced Every Cook Can Govern, the story of the Afro-Trinidadian historian, journalist and socialist C.L.R. James.