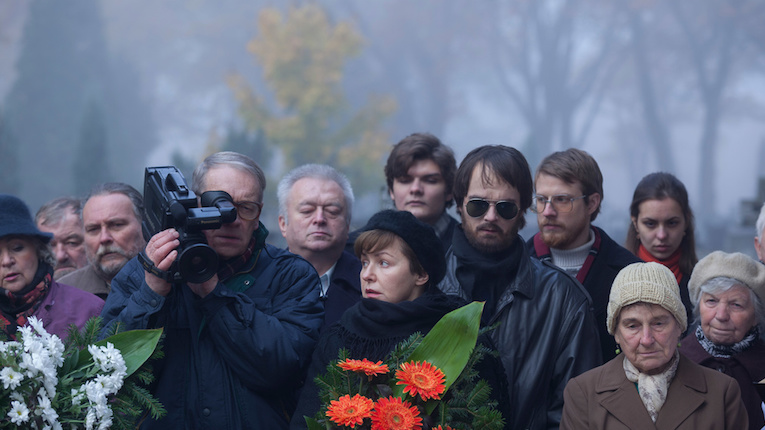 “The Polish painter Zdzislaw Beksinski is not well known here, but an appreciation of this often funny but also harrowing and heartbreaking film does not require expertise on its subject,” says Glenn Kenny of the NY Times about The Last Family, a film which debuted at Polish festivals in 2016, and has finally made its way to North America, collecting positive reviews in the process. You can catch it this Friday at Carbon Arc.

If you missed The Death of Stalin when it played Halifax, Fundy Cinema in Wolfville gives you a couple more chances with two screenings this Sunday.

You Were Never Really Here, the latest from Lynne Ramsay (Ratcatcher, Morvern Callar, We Need to Talk About Kevin) features a searing performance from Joaquin Phoenix, an amazing musical score by Jonny Greenwood, and some remarkable directorial choices by Ramsay—and is somehow much less than the sum of its parts. “Nagging in its grimness and, were it not for the rooted presence of Joaquin Phoenix, difficult to believe in,” says Anthony Lane in the New Yorker; “The gravity and force of Mr. Phoenix’s performance and Ms. Ramsay’s direction are impressive, but it’s hard not to feel that their talents have been misapplied, and that there is less to the movie than meets the eye,” says Tony Scott in the New York Times. Well, yeah.

In last week’s edition of the picks, I mentioned that Wes Anderson’s Isle of Dogs has set off quite a discussion of the continuing acceptance of Orientalism in Western media. I took in a screening on Wednesday, and I have to say that there was more, not less of this than I was expecting. An actual white saviour empowers the masses to rise up against an Oriental despot at the fulcrum of this plot, but the most shocking moments entail the usage of a mushroom cloud as a kind of glib narrative punctuation. I can’t tell whether ignorance or cynicism is more at fault here, but the former is inexcusable and the latter is pretty tiresome.