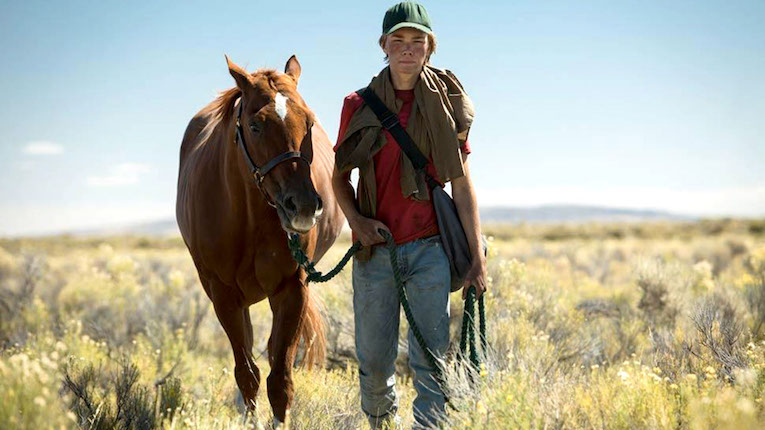 Lean on Pete is another very highly regarded gem from Andrew Haigh, director of Weekend and 45 Years—the latter being an extremely rare instance of a contemporary film going straight into the Criterion Collection for its home video release.  This latest is “a boy-and-his-horse movie that’s scraped free of everything false or sentimental about the genre,” writes Alan Scherstuhl of The Village Voice. Cineplex Park Lane hasn’t made it easy to see with its irregular screening times, so plan ahead.

Tonight (Monday) at Park Lane, the well-reviewed documentary Summer in the Forest presents everyday life in L’Arche, the community for people with intellectual disabilities outside of Paris, founded by now-octogenarian Jean Vanier, who is interviewed. “Just watching the residents leads you to confront and change many of your own preconceptions,” says Ken Jaworowski of the NY Times.

If you missed the commercial theatre run of Greta Gerwig’s masterfully delightful Lady Bird, know that you can see it for free Tuesday evening at the Central Library, with the added bonus of an intro from Tara Thorne.

This Sunday afternoon, Cineplex rolls out another Classic Films selection, All About Eve, which is widely acknowledged as featuring Bette Davis’ greatest role.

With the racist garbage that is Beirut still playing at Cineplex Bayers Lake, I’m pleased to say that alternative, actually Lebanese film entertainment kicks off this weekend with the Lebanese Film Festival in Canada coming to Halifax. Sunday’s opener at the Rebecca Cohn Auditorium is Ziad Doueiri’s Best Foreign Language Film Oscar nominee The Insult, which had its only previous Halifax screening at Carbon Arc on March 2. This time around it will cost you $25 instead of $8, as it is being presented as a red carpet event.

As an admirer of the 2010 Algeria civil war story Of Gods and Men (Des hommes et des dieux), I’m pleased to see that the latest from director Xavier Beauvois, the First World War drama Les gardiennes (The Guardians), is being presented by Fundy Cinema this Sunday in Wolfville.