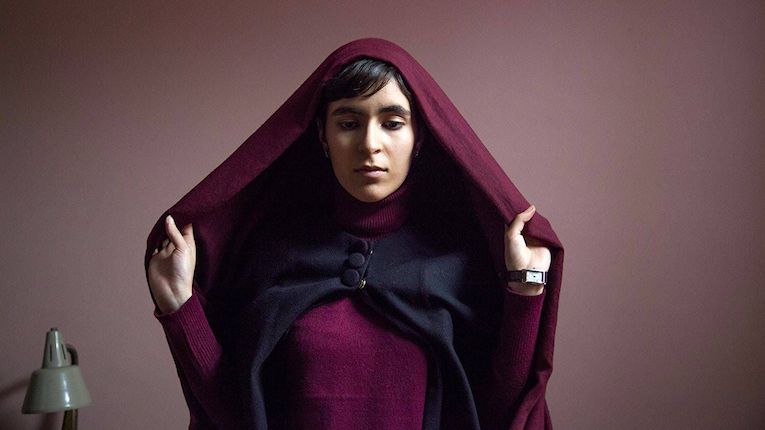 The two local-ish screenings coming up this week that have most sharply piqued my interest aren’t in Halifax—they’re in Wolfville. Commence logistical planning…

Ava is the “not so delicate” debut feature by Iranian-Canadian director Sadaf Foroughi that won best first feature film at the Canadian Screen Awards. It’s only had two Halifax screenings (that I can recall), both at festivals, but this Sunday it’s playing twice in Wolfville at Fundy Cinema. Before that, this Wednesday Fundy has a screening of Australian director Jennifer Peedom’s documentary Mountain, replete with “staggering shots” of the mountains that humans climb in search of the sublime, and narration by Willem Dafoe.

Carbon Arc this Friday also has a feature by a woman director, in this case Japan’s Atsuko Hirayanagi, with Oh Lucy!, “an against-the-odds charmer about a woman, a tragic wig and an improbable journey.”

I don’t always take note of short film showcases in this column, but you gotta sit up and take notice when Black Cop director Cory Bowles curates two hours’ worth of some of the best recent shorts by Black directors. The Dal Art Gallery is co-presenting this Thursday’s free  “Black on Both Sides” program with Halifax Public Libraries at the Central Library, where the films will be introduced by local actor, filmmaker, and activist Koumbie.

I’d be remiss if I didn’t mention the latest horror-genre sensation, maybe the first since Get Out, to garner uniformly positive critical reviews as well as big box office. I’m referring of course to John Krasinski’s A Quiet Place, which arrived on Cineplex screens this past Friday, and which impressed Jeanette Catsoulis of the NY Times: “You may go in jaded, but you’ll leave elated or I’ll eat my words.” Absolute top-drawer genre picture with nicely curated reference points—War of the Worlds, 28 Days Later, Aliens, The Descent—but very much does its own thing.