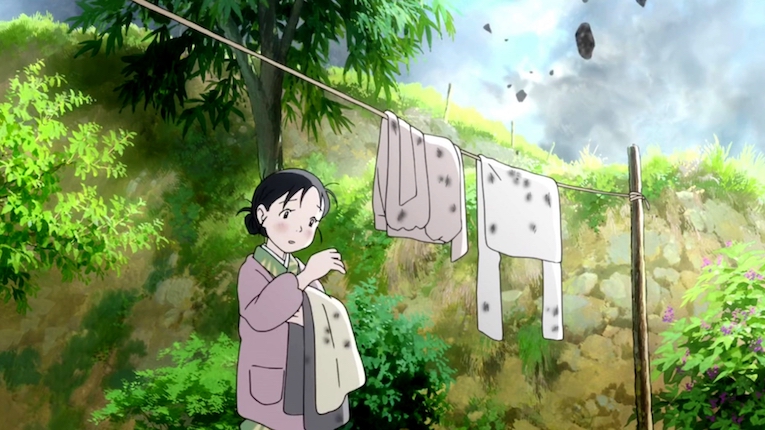 It’s a good week in Halifax for fans of Japanese animation. At Park Lane you can see In This Corner of the World, a coming of age tale set in pre-war Japan, and based on a manga that ran from 2007 to 2009. Nerdist.com says that, according to the press notes, director Sunao “Katabuchi and his team spent years researching how Kure and Hiroshima looked at the time, making sure every building, house on the hill, Japanese naval vessel in the harbor, and even road was historically accurate.” And on Sunday there is another instalment of this year’s Studio Ghibli retrospective, with the English dub of Castle in the Sky playing at Dartmouth Crossing and Park Lane.

David Lowery’s “film of mesmerizing visual ideas and conceptual integrity,” A Ghost Story, continues at Park Lane and also screens Wednesday afternoon and evening in Liverpool at the historic Astor Theatre. Meanwhile the latest demonstration of Steven Soderbergh’s fondness for the caper-film genre, Logan Lucky, is playing just about everywhere.