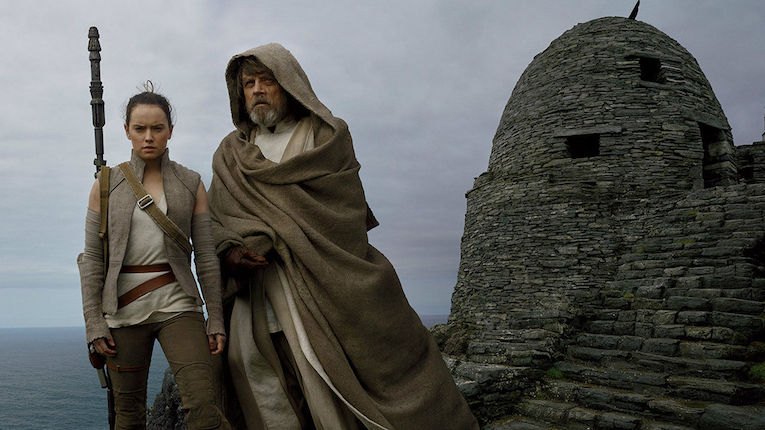 I don’t want to lose sight of the fact that Star Wars: The Last Jedi, is, in the first instance, “a good movie,” but I have to say I’m fascinated by the backlash reaction amongst a vocal minority of fans. The film is being actively review bombed on Rotten Tomatoes, which is being misunderstood to mean that audiences generally don’t like the film, which is completely untrue. And so another weird front opens in the ongoing culture wars.

Like the 1977 original Star Wars, Last Jedi references several other films, especially those of Akira Kurosawa, and takes inspiration from others that are less obvious.  It was shot on film, mostly in 35mm, but with some key scenes on IMAX, so it’s worth taking the trouble to get to Bayers Lake for an IMAX screening.

Perennial seasonal downer-upper It’s a Wonderful Life is back for daily screenings for the next few days, which provides you with the opportunity to compare and contrast with Neptune’s production of the stage adaptation.