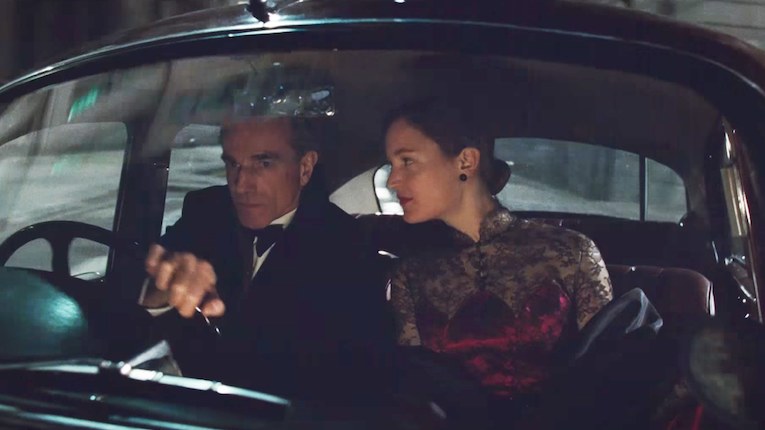 Two absolutely remarkable films have arrived in Halifax theatres —among the very best of 2017.

Phantom Thread, supposedly the final performance by Daniel Day Lewis (I choose not to believe that), would for sure have been in my top 10 of 2017 if I’d seen it in time. This is a film that will clearly reward repeat viewings… maybe I’ll watch it again this week.

Call Me By Your Name, which you may recall was in my top 10 and my top 5 at TIFF as well, features the perfect coupling of a James Ivory script with Luca Guadagnino’s direction, and maybe the best soundtrack use ever of both Sufjan Stevens and Psychedelic Furs.

As if that weren’t enough, Cineplex has two top-drawer film classics as well. Friday at Park Lane, it’s Powell & Pressburger’s sublime 1946 fantasy-war-romance film, A Matter of Life and Death—”its strangeness makes it a masterpiece.” (So far there is just one scheduled screening but perhaps more will be added. Update: more added!) And Sunday afternoon at Park Lane and Dartmouth Crossing, it’s Stanley Donen’s stylish, Hitchcock-inflected 1963 comedy thriller Charade, with an awkwardly-old Cary Grant and a dazzling, Givenchy-clad Audrey Hepburn delivering “the last sparkle of Hollywood.”

This week’s embarrassment of cinematic riches includes many excellent free screenings as well: