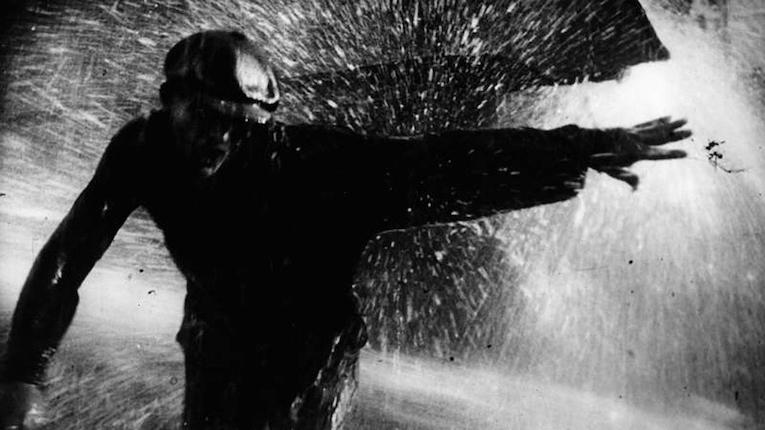 There’s no question that the cinematic highlight of this week is this Saturday’s free Central Library screening of the 1925 silent classic Strike, featuring live musical accompaniment by player, composer, and ethnomusicologist Mohammad Sahraei and four other musical guests. Sergei Eisenstein’s first feature-length film is “a raucous, rousing hymn to human dignity and courage.”

“At the turn of the twenty-first century,” writes Steve Erickson, “Wong Kar-wai was the most exciting director in the world, and 2000’s In the Mood for Love is his greatest movie.” This Tuesday you can see this classic for free at the Central Library, introduced by Chris Campbell. Incidentally, there is a new restoration from original elements in the pipeline, which will be premiering October 22 as the closing film of the Lumière Festival—as Criterion is one of the partners in this new edition, we can likely expect a fresh replacement next year of their 2012 Blu-ray release.

Wednesday in Wolfville, you can check out a well-regarded animated feature that hasn’t played in Nova Scotia since 2016’s Atlantic Film Festival—Window Horses (The Poetic Persian Epiphany of Rosie Ming). Alissa Simon wrote in Variety that “the film provides a counterweight to our xenophobic times, proving that human beings are more alike than unalike and that poetry can be relevant across millennia.”

Carbon Arc continues its fall season this Friday with the latest from Thomas Vinterberg (The Hunt, The Celebration, Far From the Madding Crowd), The Commune—”the film’s craft is pristine, deftly fabricating intimacy without suffocating either us or the characters.” All of the advance tickets have already been sold for this one, but there will be a few available at the door.

This Sunday at Carbon Arc’s screening room at the Museum of Natural History, there is another Iranian film screening in Halifax, but Oxidan hasn’t been to the festivals so it’s impossible to find an English-language review online. Interestingly though, this comedy by director Hamed Mojhammadi, about a man who impersonates a Catholic priest to get a visa to the UK, has been attacked by conservative Iranian MPs and threatened with a ban, apparently for “insults against holy religions” and the possibility of causing discord among the great Iranian people.”