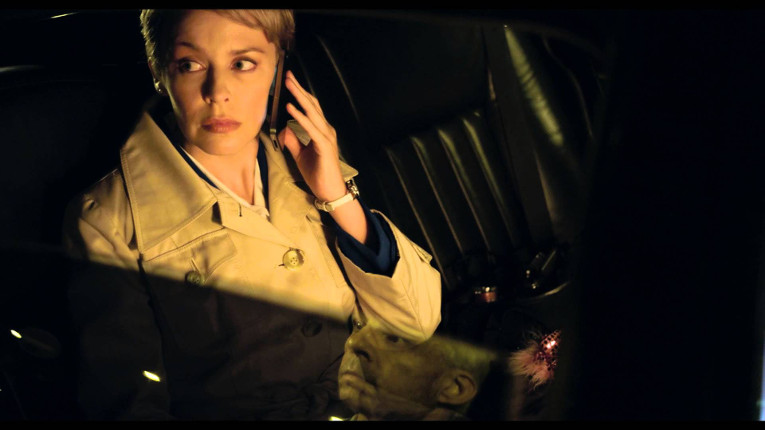 Starting another new blog feature this week—Netflix Canada picks. It’s my intention each weekend to pick a film that I consider a hidden Netflix gem, and give a quick recommendation. I’ve heard from a number of friends that they find it frustrating to “find something good” on Netflix, especially in Canada—but my own watch list is a rather backed-up queue of about 100 films, so I intend to share some of those picks here.

Most reviews of Holy Motors make it sound very complex, and it is certainly layered and unpredictable—and all the more easily enjoyed for it. Part sci fi, part anthology film, part road movie, and a fantastic instance of the “lots of crazy stuff happens in one magic night” type, it is a clever a genre mashup as you could want. Its Decameron-esque structure runs from sexually weird and ribald episodes to sentimental and tragic romance—the latter thanks to a brilliant cameo performance, complete with show-stopping musical number, by Kylie Minogue channeling Catherine Deneuve circa Umbrellas of Cherbourg. There are also very specific references to Henry James’ The Portrait of a Lady and Georges Franju’s Eyes Without a Face, but you need not be familiar with any of these sources to experience all of what this film has to offer. Highly recommended.