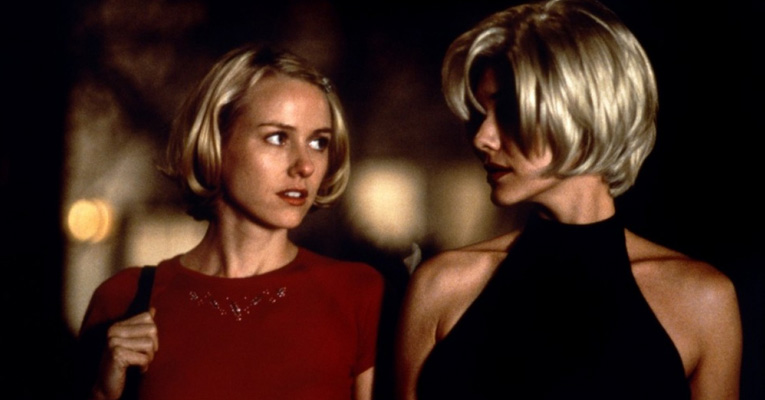 Posted at 09:04h in Features & Extras by james 0 Comments
Share

I guess I missed the train, or rather, the limo, the first time that Mulholland Drive rolled into town.

When David Lynch’s masterpiece first came to my local multiplex, I chose to avoid it. After the sheer—and unforgettable—excess of Wild at Heart it really felt to me like Lynch had run out of ideas. Twin Peaks the series had stumbled to an unfortunate demise, Twin Peaks: Fire Walk With Me played like the most unnecessary TV sequel movie ever, and Lost Highway gave it strong competition for the title of ultimate misfire. The Straight Story, charming though it was, as a kind of aesthetic sidestep almost seemed like an admission that Lynch had fully mined out his usual vein of inspiration.

When I saw the trailer for Lynch’s latest I couldn’t have been more disappointed. I wanted to ask him why he wouldn’t just stop repeating himself, and quit.

A year or two later I attended a living-room DVD screening and experienced something more than the mere pleasantness of low expectations exceeded.

Sometimes watching a complex film—whether or not understand everything you’re seeing—you have the sudden, vitalizing knowledge that what’s on the screen is more than story, it’s art. Tarkovsky’s Mirror did that for me. Jean Vigo’s L’Atalante. And, definitively, Mulholland Drive.

Salon.com’s detailed 2001 dissection is still a pretty definitive interpretation of the film, but watching it again made me realize that the complexity here can only be reduced so far. I could probably write at length about why the dream qualities of the film have more to do with dream logic as an aesthetic mode than actual dreaming as a narrative device, but, maybe that’s more than I can take on in a single blog post.

The announcement of the 2012 edition of the BFI’s Top 50 Greatest Films of All Time list, a month ago, reminded me of my now decade-long crush on this film, and watching it in high def for the first time, last week, I was pleased to find that not only does the film hold up, it seems more brilliant than ever. Time, so far, has been kind to this one.

What is a surprise is the continuing scarcity of Lynch’s oeuvre in Blu-ray format. Without my region-B Blu-ray player I wouldn’t have been able to watch MD in HD. Like most of Lynch’s films, it is not available in a North American edition. Fire Walk with Me and Lost Highway are only available in editions from France.  The only BDs of Eraserhead and The Straight Story are from Japan. Inland Empire has only been released in the UK. There is a disc of Wild at Heart that is region-free, so it could be distributed in North America, but for some reason it isn’t. And earlier this year there arrived a UK box set of 6 Lynch films, but let’s just say it was a bit of a debacle and seems to be already out of mainstream circulation.

It’s a drag that some of cinema’s greatest directors are without honour, or at least high-def disc availability, in their own countries. But maybe the relative scarcity of films like Mulholland Drive does bring back a bit of their original mystique; exactly what the ubiquity of most mainstream entertainment has tended to drain out of the movie experience.  Goodbye cinema but, hey, hello cinephilia.