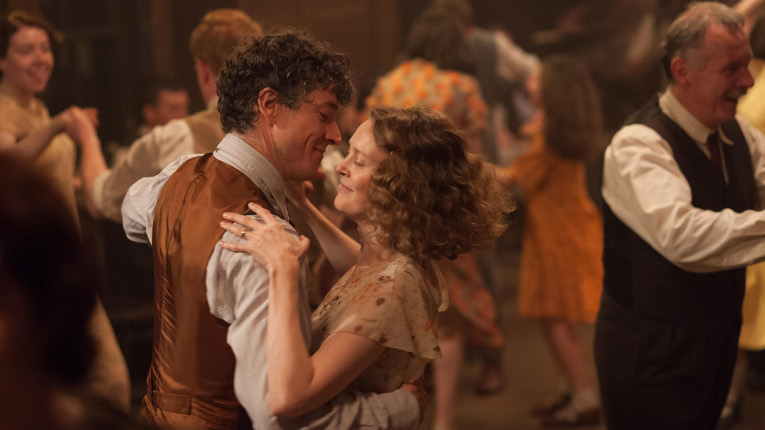 It’s been gratifying to see Brooklyn garner Oscar attention and a nice run at the box office; I’ll concede that as a portrayal of Irish emigration to America in the 1950s, it’s a romanticization—but an intelligent one. But two of last year’s better films have, from a historical point of view, more to say about the Irish generation that preceded, and the one that followed.

Ken Loach’s Jimmy’s Hall, the story of the 1933 deportation from Ireland of communist activist Jimmy Gralton, has been criticized somewhat for not being up to Loach’s usual high standard (and certainly not the equal of his other Irish-historical classics The Wind That Shakes the Barley, Hidden Agenda). But if in some ways it is too tidy a narrative, it has much to offer on its own terms, including Andrew Scott bringing more to a small role than you would suspect from his schticky turns as Sherlock‘s Moriarty and Spectre‘s Denbigh, and Jim Norton in a fully three-dimensional portrayal of a repressive Catholic priest.

Netflix Canada, by the way, has one other Ken Loach film at the moment—Route Irish, which like Jimmy’s Hall, was in the Palme d’Or competition at Cannes, but which has nothing to do with Ireland.

‘71, the spectacular directorial debut of Yann Demange, is a portrayal of some of the most violent conflict that took place in Belfast, not from the distanced view of the leaders, but from the embedded viewpoint of a young British soldier accidentally abandoned by his unit following a riot on the streets, as he tries to find his way to safety. The film is intensely suspenseful throughout and the violence is quite graphic at times—but presented in a sure-handed way that belies its first-picture status.