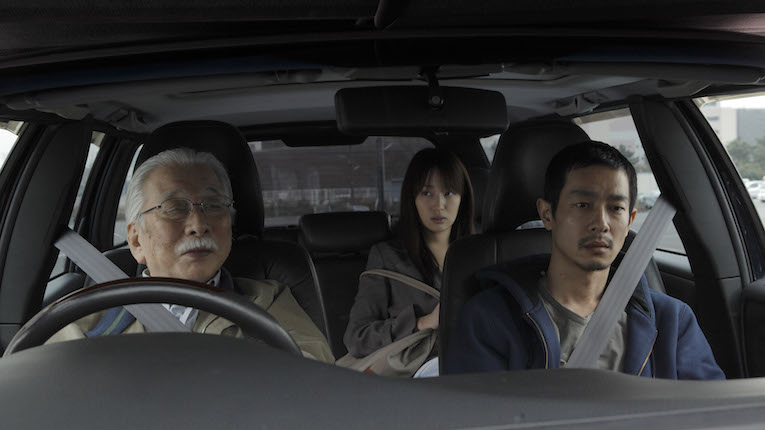 Netflix offers just one film from the remarkable oeuvre of Abbas Kiarostami, the master filmmaker whose recent death rocked the film world.  Like Someone in Love contains many of Kiarostami’s trademark elements, including multiple extended scenes of conversations in cars, but also allowed the director to stretch out of the limitations of filming in his native Iran—shooting intimate interior sequences, and filming entirely in Japanese, a language completely foreign to him. It is a film whose meticulous, stepwise revelation and questioning of its characters rewards a patient viewing—and then “doesn’t so much end as screech to a stop” in the most obliquely abrupt way.

While Kiarostami deftly avoided political entanglements with his work, his fellow Iranian director Jafar Panahi has not been so lucky. Barred from making films for twenty years in Iran, he continues, despite his house arrest and lack of distribution, to find clever ways to bypass this ban. In the case of Taxi, he has stumbled upon the approach of driving around Tehran and filming amateur actors with small cameras including a dash cam (riffing on Kiarostami films, most obviously Ten, though the viewer who has not seen those films misses nothing crucial). The conceit is that he is posing as a taxi driver only to be recognized to the surprise of some of his passengers. Multiple levels of ironic comment, and the sheer invention of the episodes, generate a sense of pure fun that you wouldn’t expect from a politically resistant film, and the result is one of the ten best-reviewed films of 2015.